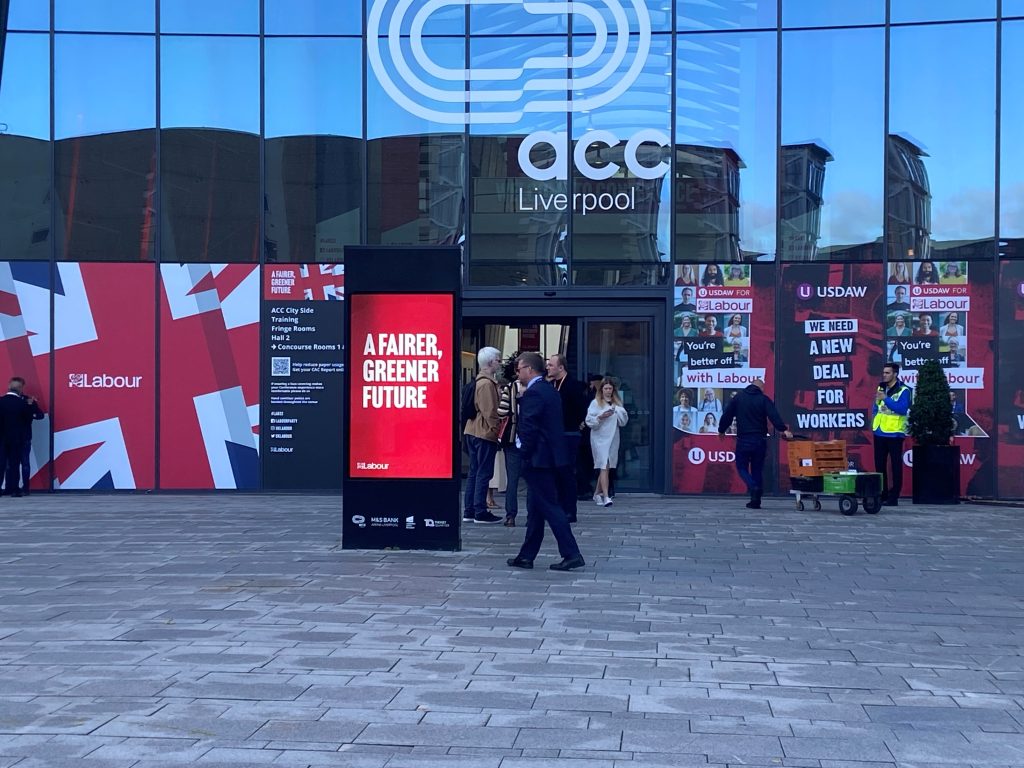 After what looks like years of turmoil, this year’s Labor Party conference was marked by a new sense of confidence among councilors and MPs, writes LGC editor Kirsty Weakley.

Labor was in good spirits this week in the wind from Liverpool, which surprised even some of its members.

On the eve of the conference, Liz Truss and Kwasi Kwarteng gave Sir Keir Starmer’s team a gift beyond their wildest dreams. A sense of shared outrage at economic policies that seemingly benefit the wealthy at the expense of others, certainly proved a rallying point. Of course, MPs, councilors and members also shared their deep concern over what is shaping up to be a tough winter for many communities.

Labor now sees itself as a government-in-waiting, and for the most part its best team have stayed on message and stayed out of trouble. There were important, if vague, announcements on a range of policy areas, including decentralization, economic growth and social protection.

There is now a clear water between Labor politics and Tory politics, although this is probably more down to the Tories galloping away from center ground.

Tellingly, Labor was no longer hampered by its past in government.

At councilor level, Shaun Davies, leader of the Labor Local Government Association, hopes to take control of the LGA in the next local elections.

That’s not the only reason he was in a good mood. Local government featured prominently throughout: Cllr Davies gave a speech in the Main Hall on Sunday (although he was told to hurry so delegates could have lunch), as did the Mayor of Liverpool City Region CA, Steve Rotherham, who delivered a report on behalf of the metro mayors.

Sir Keir Starmer gave a rousing speech at the Association of Labor Counselors reception to thank local leaders. And when he delivered his keynote address, he was introduced by the leader of Southampton City Council, Satvir Kaur.

Putting local government center stage makes political sense. It has been over a decade since the Labor Party held office at UK level – part of the proof that it is fit to govern is to highlight where it already governs.

Cllr Davies told the rally for local government that part of the sector’s role is to “ensure that [the shadow cabinet] are ready for the government.

Anntoinette Bramble, Deputy Leader of the LGA Labor Party, spoke of the work she has done to build relationships within the Shadow Cabinet, so policies are “deliverable on the ground”.

Of course there were divisions. The party can’t quite agree on whether leveling is a thing. For some, it is a point of contention that the Conservatives have “renamed” equality issues. Others are more pragmatic in adopting a term that has infiltrated the national lexicon.

Shadow Upgrade Secretary Lisa Nandy (potentially the busiest woman in the conference) told a fringe event that she had ‘the dumbest job title in British politics’ and s complained that it was just too long (his full job title is Shadow Secretary of State for Leveling Up, Housing, Communities and Local Government – we hope readers will understand why LGC normally shortens it!)

“Whatever you call it, I want to be the next secretary of state,” she added.

Labor has always been a broad church, and there remain quiet divisions over which direction the party should go, with socialist groups holding events throughout the conference. There are still those who are bruised by how Corbyn and his supporters have been sidelined. Others cannot understand why Mr Starmer has not benefited more from Andy Burnham’s success in Greater Manchester.

The current government’s agenda continues to crumble. Last night the International Monetary Fund issued a dire statement, then today the Bank of England started buying government bonds at an ‘urgent pace’ because there was a ‘significant risk’ to the UK financial stability. All the while, Mrs. Truss and Mr. Kwarteng appear to have been in hiding.

This level of chaos meant the Labor conference was full of talk of the potential for a snap general election and the prospect of the party returning to power nationwide after more than a decade in opposition.

But there were also those who guarded against an excess of optimism. After Mr Starmer’s speech, Dan Norris (Lab), Mayor of West England CA, recalled the defeat of Labor in 1992 and that while there is now a ‘real possibility that we will come to power campaigners should “warn against complacency”.

Labor will also have to flesh out the set of policies announced this week.

Local government will want answers to the following questions:

All that said, it was a largely successful few days. At the very least, Labor has drawn attention to its policies rather than personalities. And the current chaos engulfing the Tories means Labor is definitely worth listening to for the first time in a long time.