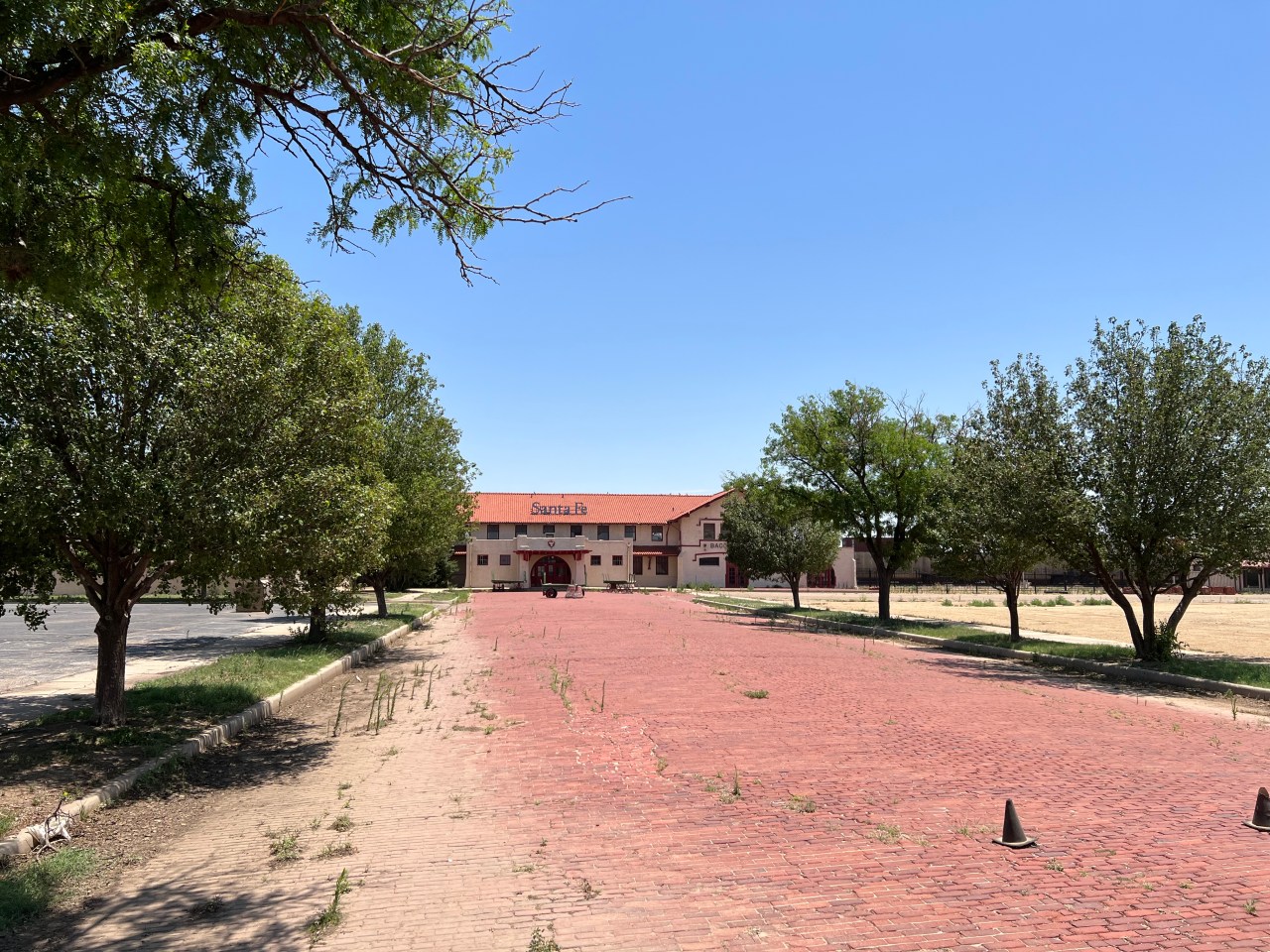 AMARILLO, Texas (KAMR/KCIT) – After a long and robust conversation regarding the project at Tuesday’s regular city council meeting, the Amarillo City Council reconvened once again for a special meeting Friday after- noon, officially approving a project that will add a metal pavilion to the Santa Fe depot.

The council passed a $2.7 million measure, adding the pavilion to the Santa Fe depot. This metal pavilion, located between Fourth Street and Fifth Street on the Grant Street face, will measure 200 X 300 X 25 feet and cost initially about $2,105,810. However, adding concrete and lights to the installation is expected to increase the overall cost by approximately $600,000.

It comes after Amarillo City Council member Cole Stanley proposed at Tuesday’s regular meeting that the structure be taller than originally proposed. He also encouraged the installation of a concrete slab for the ground of the site, giving the pavilion the possibility of being used for more events, including various sporting events.

In addition to the added height of the facility, Amarillo City Manager Jared Miller said the city chooses to have an eight-foot entrance height for the facility, aligned in multiple locations to that trucks can enter the pavilion for various events.

“He’ll handle the wind and the elements pretty well,” Miller said ahead of Friday’s vote. “Going up to 25 feet, or 20 feet, was going to let a lot of wind blow through there, which was going to be problematic for the WRCA and I think for any sport or any other type of user. It will be a very good job handling the wind.

However, with the addition of these side panels that the entrance warrants, Jerry Danforth, facilities and capital projects manager for the city of Amarillo, said it increases the scope of the project, adding hand -work to complete the project on time. Danforth projects that team will now need to have an addition of six to 10 people working on the project.

“We have moved aggressively on the schedule. The scope of work increases as we will now have side panels where we did not have before,” Danforth said. “But working with our contractor, and some of that high number, they had to hire additional crews to meet the deadlines.”

How will the project be funded?

Laura Storrs, Deputy City Manager and Chief Financial Officer for the City of Amarillo, said the city will fund this project through excess hotel occupancy tax collection from last year and the current year. a decision the Amarillo City Council made at Friday’s meeting.

Miller said at the meeting that this funding approach was something the board had indicated they would support, including board member Stanley.

Storrs pointed out that the money comes from people staying at local hotels, including tourists who come to Amarillo for various events throughout the year. Storrs said the addition of this facility will increase the potential for hotel occupancy taxes as more people come to Amarillo for various events, replenishing the amount of hotel occupancy taxes used for this project.

“This (project) (would use) a good portion of the reserves (hotel occupancy tax) that we currently have,” she said. “But again, these reserves are there to support our community’s tourism promotion efforts. A project like this is wonderful for bringing all kinds of events. It supports one of our big local events, the WRCA group, but it also gets those sporting events in.

Storrs said she thought the move was a financially smart move for the city.

“He’s supporting a project that’s going to bring dollars to our local economy,” Storrs said. “It’s always a smart financial move on the part of the city because it puts money in the pockets of our local business owners, but it also gets people to spend the sales tax money. in our community, and the city gets a share. Those dollars can then be used for other things that are needed, whether it’s the streets, (the) fire department, the police (and) all those other things that the city provides.

When will the project be carried out?

Danforth said the city will submit plans for the pavilion to the building’s security department and expects fabrication of the building to begin next week.

The initial pavilion will be completed by Oct. 31, Danforth said, just in time for the WRCA to host its ranch rodeo world championship at the facility. However, officials expect the concrete floor, along with the lights, to be added to the facility in early 2023. Miller said the city also plans to complete a streetscape project around the ‘installation, which should be part. of the overall project that will expand and renovate the Amarillo Civic Center project.

But even with the changes, Danforth said some things will remain the same at the facility, including the open-air feel of the Amarillo Community Market when hosted at the Santa Fe Depot, as well as some things with the WRCA Ranch Rodeo World Championship.

“The community will still be able to go up and down there. I know the community loves when the rodeo is in town, being able to watch all the horses and the cowboys,” Danforth said. “We’re not taking that vision away. He is always there.