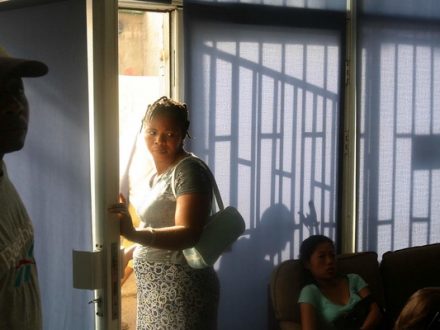 Concerns have been raised over plans by the Home Office to stop housing asylum seekers in hotels by expanding the use of the private rental sector – and requiring all councils to take in asylum seekers.

Migration Minister Kevin Foster has proposed extending the government’s limited use of private rental accommodation to all areas, as well as giving councils a funding boost of £3,500 per bed to bolster their support.

He wrote to councils last week, acknowledging that the current ‘broken’ system was ‘putting unsustainable pressure’ on some councils.

Previously, asylum seekers were provided with rented accommodation, but the sharp increase in crossings and the pandemic (which has prevented deportations) has led to around 37,000 destitute migrants currently being accommodated in hotels for a cost £4.7 million per day.

Although the plans have been greeted with caution by the sector, there are fears councils will be forced to compete with the Home Office for the private rental accommodation they need to source their homeless populations.

The letter says: “The full dispersal model will reduce and end hotel use by allowing the Home Office to procure dispersal properties within the private rental sector in all local authority areas. This approach will reduce pressure on these local authorities.”

The change in policy comes as Coventry, Birmingham and Stoke on Trent City Councils, Wolverhampton City Council, Dudley, Sandwell and Walsall MBC are set to take legal action against the Home Office for challenged their collective decision to withdraw from the asylum dispersal program. LGC has learned that a High Court date has now been set for May 12.

Last year, when the councils decided to take legal action, they said the majority of other councils were ‘simply not stepping in and playing their part’ in responding to the high number of refugees entering the the country.

A district manager has called ‘unfair’ the way the dispersal of asylum seekers has been focused on areas that have offered to take part and other escaped areas ‘without Scotland’.

He said: “Some areas have not taken in any asylum seekers – this is next to nothing in some counties in the county. But we must avoid a disproportionate situation in any area given that the impact of these plans will be greater competition for private rental sector housing.”

The leader explained how his council uses private rental accommodation to meet homelessness, adding: ‘The Home Office or [its commercial partner] Serco taking on rentals in areas will bring more competition for those properties and drive up prices.

“This could present challenges for councils. It comes on top of an increased demand for affordable housing and the Homes for Ukraine program. What will happen later when these sponsorship agreements end? Some people will need help and will come knocking on the doors of the housing authorities.

“There will be a lot of pressure for housing authorities to find additional accommodation and more competition for this stock due to the dispersal scheme.”

After local elections, the Home Office will launch an eight-week consultation with councils on proposals that include care for unaccompanied child asylum seekers and how other accommodation pressures such as the Scheme resettlement programs have an impact on counseling.

All councils will receive £3,500 for each new asylum seeker in 2022-23 in recognition of their “existing contribution and longstanding support”, which can be used for global support, and a new assessment of charges will be conducted to support full dispersal. model. This is on top of a previously announced one-time payment of £250 per asylum seeker.

The leader of a unitary council in the North West has welcomed the government “finally acknowledging the additional costs” for support advice for asylum seekers.

“It shows the government is listening to advice and it’s a step in the right direction,” they said.

The Home Office is also giving councils ‘more regional control and autonomy’ by asking them to collectively agree on a regionally dispersed approach – presenting an ‘opportunity for national and local governments to work together’ , indicates the letter.

The unit leader said this potentially allows councils to have more influence over where asylum seekers should be placed. Until now, they said that asylum seekers were grouped in particular neighborhoods of their district.

“I get the benefits of doing this for groups of families. But they are mostly men, who come to areas where there is not the same social cohesion. So we might want to expand the dispersion across the borough.

The Local Government Association has held talks with senior Home Office officials on these issues and has held more this week.

Its chairman James Jamieson (Con) said: “The LGA and councils are keen to work with government to build on existing arrangements for engagement at national, regional and local level. This partnership approach is urgently needed to develop a jointly managed and locally driven process to reduce hotel use, move asylum seekers to evenly distributed communities across the UK and ensure their safety and support. .

A government spokesperson said: “Under the new plan for immigration, the government is working with all local authorities in England, Wales and Scotland to welcome destitute asylum seekers. This will end the unacceptable use of hotels.