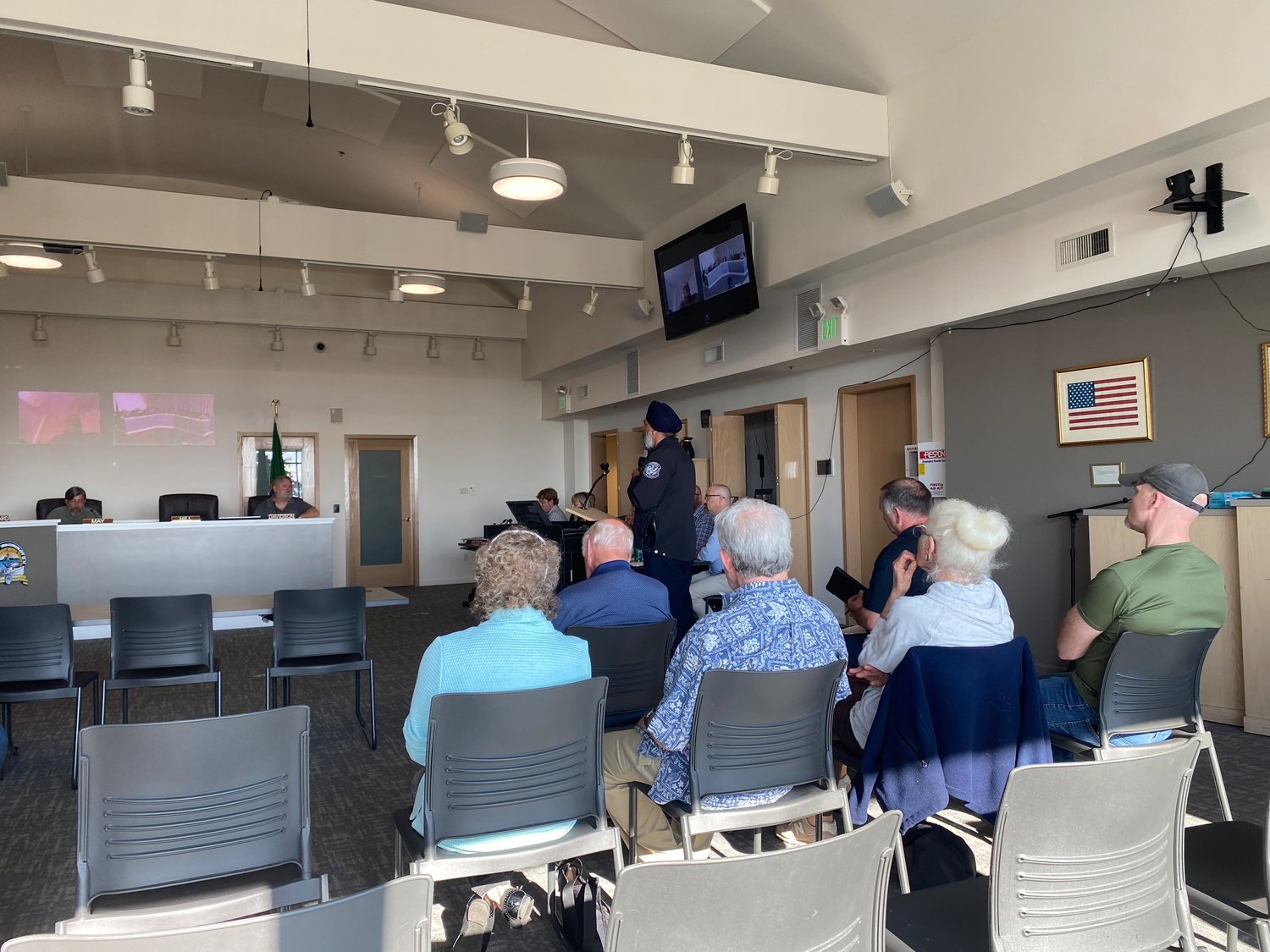 The latest news from the city council of May 23.

Five members of the public showed up at the city council meeting to give public comments. Concerns included lack of development oversight, park maintenance, and excessive speed on H Street East.

Harmit Gill, new port director of United States Customs and Border Protection (CBP) for the Blaine area, introduced himself to staff and the city council. Gill said he graduated from Blaine High School, attended Western Washington University, and is now a resident of Blaine. Gill served as port manager for about a month and a half and oversees 17 ports of entry in Washington as well as Anacortes, Bellingham and Friday Harbor, he said.

“It’s an honor to be here and introduce myself as the federal law enforcement entity in your city and surrounding towns,” Gill said. “My children go to school here and we attend local churches and temples and are part of the community.”

City Council unanimously approved Ordinance 22-2980 which allowed the City Manager to enter into an agreement with DA Davidson to request up to $7.5 million to fund the sewer rehabilitation project. City staff are expected to need only $5 million and the project will be funded at a flat rate of no more than 4% for the next 10 to 20 years, according to a city memo. The city will repay the bond with revenue from sewer rates.

The project will replace 4,000 feet of aging sewer infrastructure and add a 3,000 foot main sewer trunk east of I-5, primarily on literate streets.

Director of Public Works Bernie Ziemianek provided an update on the sewer project. The project is still experiencing setbacks but should still be on track to be in the bidding round by mid-June, Ziemianek said. He said public works crews discovered 30 homes around F Street discharging rainwater directly into the sewer stormwater, creating a back-up at the sewer plant and delaying the project. disgust.

“There’s a lot going on and it doesn’t surprise me that we find things that we didn’t know existed,” he said.

Mayor Mary Lou Steward wrote a letter to Blaine’s Representatives in the U.S. Congress and U.S. Representative Rick Larsen (WA-02) asking for help in encouraging CBP and BNSF Railway to complete the installation of a rail system. Vehicle and Cargo Inspection (VACIS) updated. CBP told the city two years ago that VACIS would be replaced, but it still hasn’t been resolved, Steward wrote.

The current system requires trains to slow down to 5 miles per hour in order to inspect the cars for smuggling and human trafficking. Slow trains cause traffic delays at Bell Road and Peace Portal Drive as well as Marine Drive. The update should allow trains to increase up to twice the speed.

“We recognize that the VACIS facility is an important part of the United States Customs and Border Protection infrastructure used to help secure our nation’s border,” Steward wrote in the letter. “However, the traffic jam is not only a huge inconvenience, it delays school buses arriving at school in the morning, it delays emergency responders as they head to a call from service, it delays ambulances transporting patients to the hospital, and this has an impact on the economic development of our community.

Gill said CBP had encountered some hurdles, but was working to install the system. CBP needs to work with BNSF, which Gill says is the first hurdle, and then CBP can take over the project.

The current system was installed in 2003 and is at the end of its lifecycle, Gill said. If it breaks down before it can be replaced, each car will have to be processed by hand or the train will simply not enter the United States. “I’m working on a sense of urgency to install updated gear,” Gill said.

The new system was estimated at a few million dollars, but is now $5-7 million due to inflation and rising construction costs, he said.

Ziemianek told the council that two contractors visited the old City Hall building on H Street. He said he expected to start receiving offers in the coming weeks, perhaps in time. to get an estimate of demolition costs for the June 13 city council meeting. Ziemianek said he was optimistic the demolition could begin the first week of July and that Blaine Police Department Chief Donnell Tanksley had requested that it not begin until after July 4.

Drayton Harbor Oyster
The company is looking to expand

The proposed floating oyster array will be on the west side of the harbour, south of Semiahmoo Parkway and Turnstone Lane. About 18,000 square feet of water will be covered by 22 lines with 6,600 floating net baskets, according to the project description.

Public comments can be submitted to the county until Friday, June 10. For more information about written comments, contact Whatcom County Shoreline Administrator Kyla Walters at 360/778-5917 or [email protected]