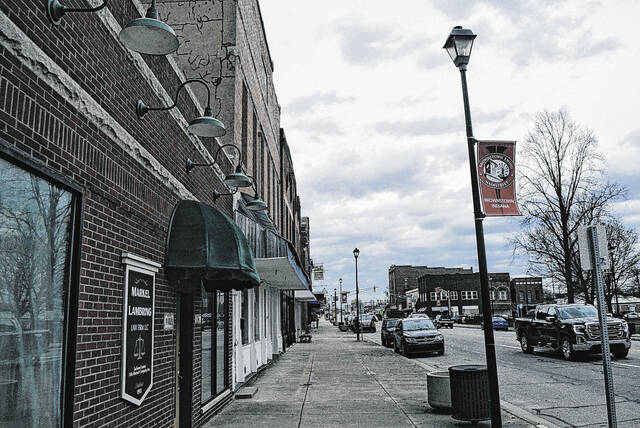 Rick Anderson, director of business development for Johnson-Melloh Solutions in Indianapolis, recently attended a board meeting to re-discuss the state’s energy conservation program, which enables communities to complete energy saving projects. savings guaranteed. This could include lighting, solar energy and heating, ventilation and air conditioning.

While the cities of Shelbyville and North Vernon have encompassed many of these elements in projects in recent years, Anderson said Brownstown could incorporate anything it wants within its means.

“The premise of these projects is that there are no disbursements to do them,” he told the city council. “You’re already spending money, so what we’re trying to do is spend it more efficiently, and whatever efficiency savings we can make, we invest in improving infrastructure. We are not asking you for any fresh money. It’s just that you spend more efficiently.

Brownstown streetlights include the decorative streetlights that line both sides of Main Street or US 50, along part of Walnut Street, and around the Jackson County Courthouse.

“That would be a really good way to fix them,” Anderson said. “The good part about it is that it’s what we call low-hanging fruit. The savings from these items pays for other things that don’t pay for themselves as quickly, so if you can combine some things, that’s good. Everything takes care of itself. There are really some cool things you can do with these projects. It’s a really good way to get some things done.

In late summer 2021, the city received a quote of over $403,000 from Duke Energy to replace 53 of the city’s 71 decorative lights and upgrade them to LED. Duke Energy owns and maintains the lights.

When this company dug up the poles and replaced streetlights in other parts of town several years ago, Clerk-Treasurer David Willey said it cost around $100,000. Now he said a different technology is used to set the posts.

Willey also said the decorative lights cost more than traditional streetlights, and the council considered eliminating some of them along Main Street because they sit directly across from each other.

Board Chairman Gregg Goshorn asked Anderson how many lights were needed to follow engineering guidelines. With the additional light levels from the new lights, Anderson said it might be possible to reduce the number of lights, which would mean less infrastructure for Duke Energy.

“Whatever they have has got to be what they want, but we’re absolutely going to get you the most efficient light fixtures possible, because that’s what you’re looking for, that’s fixing the situation but also getting the best light levels and best efficiencies,” Anderson said.

“It could be a win-win situation for everyone,” Goshorn said.

The city also discussed a solar project at the sewage treatment plant.

“Anything we can offset there, say 50% of the electricity costs at the sewage treatment plant, those costs are guaranteed not to increase,” Anderson said. “They’re not going to go down, but they won’t go up for another 25 or 30 years as long as solar power is there, so wherever we can put solar power, that’s great because it secures your costs.”

If the city decides to go ahead with the project, it will go through the request for quotation process for submissions and then select a contractor. The contractor would develop a proposal for the city and manage the financial part of the project.

Councilwoman Sharon Koch said that before taking the next step, council will ask new city attorney Zach Miller to review everything and consult with Reedy Financial Group.