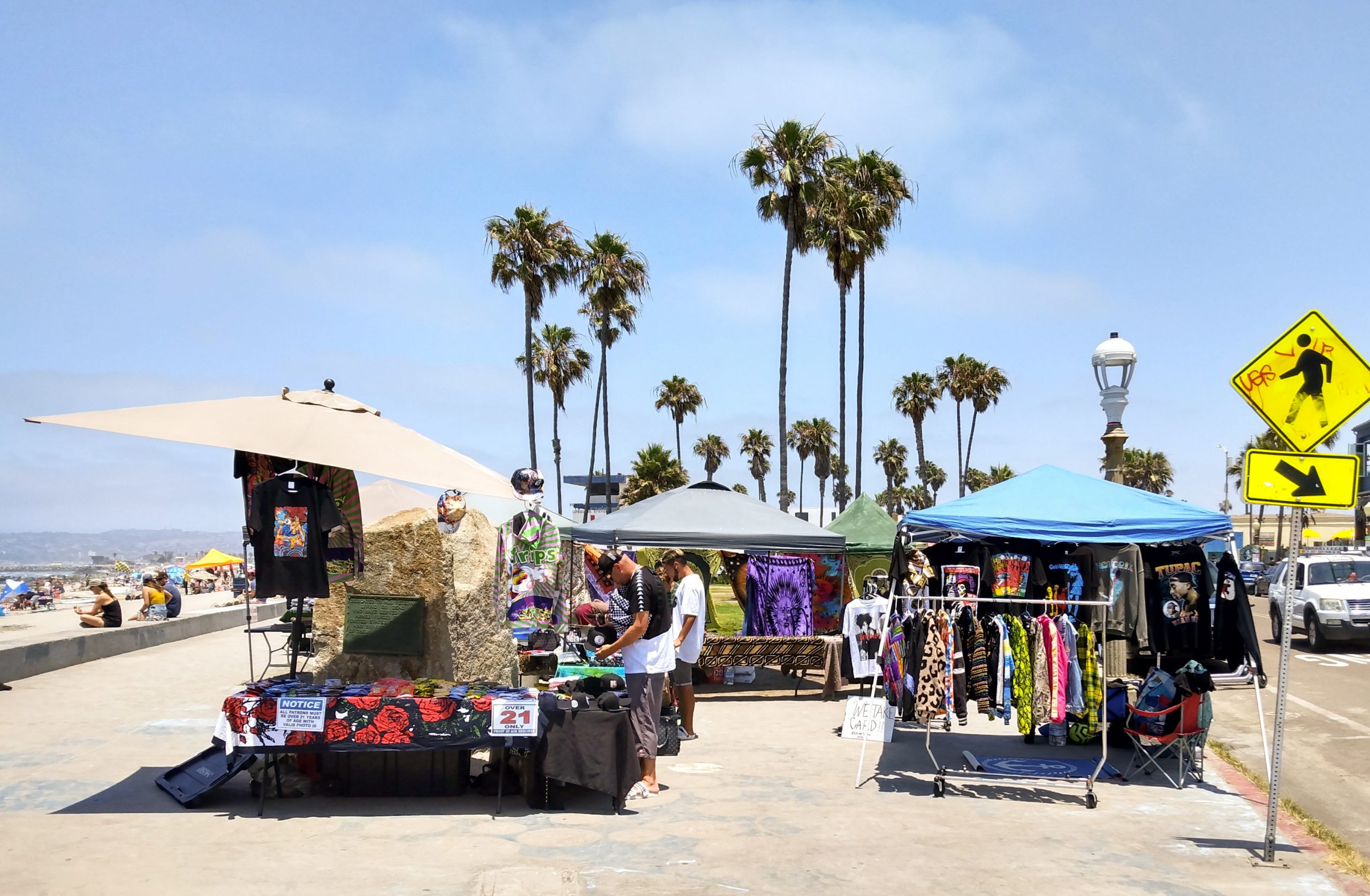 On March 1, the San Diego City Council voted 8-1 in favor of an ordinance to regulate sidewalk selling and establish penalties for non-compliance.

“Many street vendors are family businesses with a lot of immigrants, new Americans and people of color,” said Moreno of District 8. “Unfortunately, the ordinance is too broad and not specific enough. beyond what is required by SB 946. I am also concerned that there is patchy enforcement, where vendors are heavily enforced in some areas, while in others they are not .

Drafted by the office of District 2 council member Dr. Jennifer Campbell, the new ordinance will take effect 30 days after it is finally passed by city council. All sidewalk vendors will have until June 1 to cease sales activity or comply with the provisions of the ordinance.

“We have an ordinance that brings the city into compliance with SB 946 that went into effect in 2019 that brings vendors into the formal economy,” Campbell said. “This order sets requirements and provides legal clarity for sellers who want to follow the rules and have successful businesses while protecting public health, safety and public spaces.”

“SB 946 decriminalized sidewalk vending and established requirements for local areas to regulate them,” Campbell’s chief of staff Venus Molina told the board. “The order applies to special events, exchanges, farmers’ markets and coastal parks. These regulations must be directly related to public health, safety or welfare. There are distance requirements between vendors and a ban on selling in high traffic pedestrian areas. Sellers must obtain a sales permit. No insurance is required and the permit would be renewed annually.

The new ordinance requires vendors to be 15 feet from each other, 50 feet from major transit stops and 100 feet from sidewalks or street enclosures.

“Today’s action is an important step in establishing common sense rules and regulations and allows us to comply with SB 946 and help those who want to become entrepreneurs,” Campbell concluded before moving the adoption of the ordinance on vending machines on the sidewalks.

Testifying on March 1, Denny Knox, executive director of the Ocean Beach MainStreet Association, said: “We support this long-awaited vending machine ordinance. SB 946 has had a huge impact on our community and on everyone’s health, safety and well-being. We have been sounding the alarm about the need for a sale order for over three years. App is a huge thing for us. We hope you will ensure that this order is carried out.

“We believe street vending is taking up space in the park, leaving less space for San Diegans,” said Andrea Schlageter, chair of the Ocean Beach Planning Board. “Vendors can use this space for free. Do not place private enterprise above public access and public space.

“It’s primarily a shore access issue,” agreed Ocean Beach Planning Board Vice Chairman Kevin Hastings. “Our park spaces attract residents and visitors to these areas year-round. Any commercial operation in these parks really has to be very limited and only in very specific and designated places. Application should be taken seriously. Law enforcement and park rangers are completely unequipped to handle this.

“This ordinance affects our neighborhoods for micro-businesses and our bricks and mortars and it’s a tough thing to negotiate while still allowing micro-businesses to thrive safely,” said District 1 Councilmember Joe LaCava. “We are achieving several goals by decriminalizing sidewalk selling while lowering barriers to small business operation and ownership and laying the foundation for successful growth. Solving this problem has been a priority for my district.

LaCava requested and was granted an amendment to the new Vending Machine Ordinance to include sections of Coast Boulevard above the Scripps Park Children’s Pool and Boardwalk in La Jolla as deserving waterfront park areas. be included as high-traffic pedestrian areas where sidewalk sales are prohibited. . He failed, however, by a 5-4 vote to extend the summer moratorium banning sidewalk sales from Labor Day to Oct. 1 to accommodate beach crowds later in the summer.

District 4 Pro-tem Board Chair Monica Montgomery Steppe successfully amended the sale ordinance to allow seizure of vendor equipment only in cases of extreme violations of the new ordinance. She expressed concern that sellers could be deprived of their ability to do business for minor infractions.

The new ordinance establishes both licensing and enforcement processes for street vending, while preventing vendors from operating in these parts of the city:

– Within 500 feet of special events, swap meets and farmers markets

– Streets near the Palais des Congrès during a convention or event.