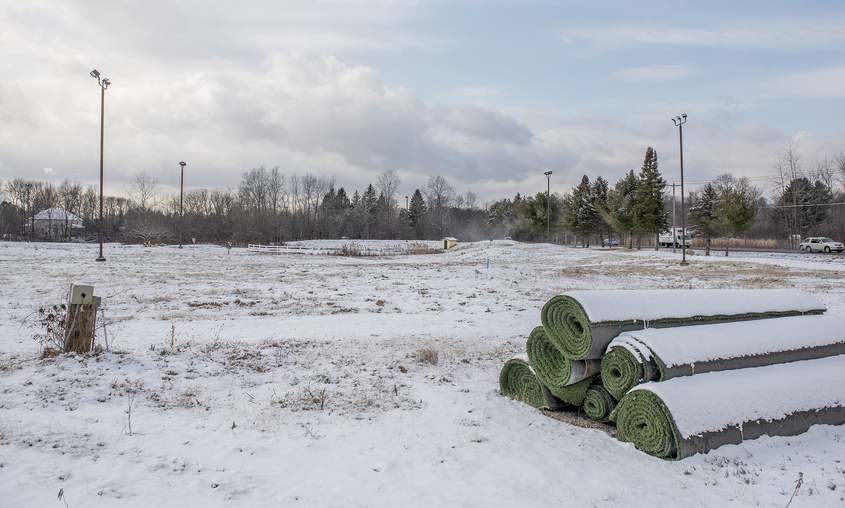 CLIFTON PARK — Clifton Park City Council rejected a proposed sports complex on Route 146A on Monday night, a unanimous decision that drew applause from residents inside the packed meeting room.

The plan called for a facility of around 45,800 square feet – about an acre – but residents have expressed opposition to the indoor and outdoor sports facility, which would have been built near a residential conservation zoning area in the western part of town. Approximately 8 acres of land would have been earmarked to build the new facility. This sports complex would have been a smaller version of the now closed Plaintiff Paul Rogan’s Sportsplex of Halfmoon on Corporate Drive, which was forced to close due to the impacts of the COVID-19 pandemic.

“I was very worried about losing the livability of my home,” said Jackie Carrese, whose in-laws sold their property years ago to the city as part of Clifton Park’s comprehensive plan to keep the western part of Clifton Park “Forever Green” with agricultural land and environmental protection from development. The property they sold is now the Mooney-Carrese Forest Park which offers light use with walking trails, cross-country ski trails, as well as numerous streams and ponds.

“That was the biggest concern is that one person comes in with a proposal and by changing the zoning laws, builds this big monstrosity and our homes are ruined. So we have to fight for that.”

About 25 to 30 residences would have been directly impacted, said Robert LaBelle, who said his own property is closest to the proposed site.

“Our main concern was that this would totally change the character of the neighborhood. It is a residential and agricultural district. It was a major business venture, and it just didn’t fit,” LaBelle said. “It was an ill-conceived plan. The site was too small to start with.

The approximately $4 million project, adjacent to the Players Park mini-golf and footgolf business, would have included approximately half of a turf football field that would be closed for winter use for programs of football, lacrosse, flag football and other sports.

City Supervisor Phil Barrett said as the father of two boys who played college football and another son who may follow the same path, he understands the importance of sports facilities. But he said the proposed location just wasn’t right.

“Since the closure of the Sportsplex there has been a definite need for additional football facilities, especially indoors,” Barrett said. “But this project would create significant impacts in this area. I think the impacts were so significant that it would be detrimental to that part of town.