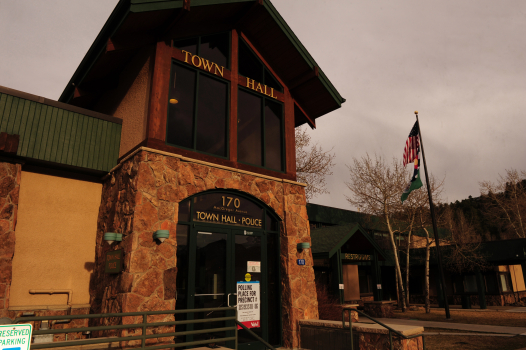 The Town of Estes Park Board of Directors held its regular meeting on Tuesday, June 14 where the agenda included a watershed report, four new liquor licenses, the name change of a local park, etc.

Before the bulk of the evening’s agenda could be addressed, the board passed the consent agenda which included approving the budgeted $123,401 purchase of a trailer three-phase reel Sauber. It also included the appointments of Jessica Ferko and Mark Igel, as well as the reappointment of Linda Hanick to the Transportation Advisory Board for terms ending March 31, 2025.

During public comments, United Way of Larimer County officials congratulated Deputy City Administrator Jason Damweber for recently being selected to serve on the organization’s board of directors.

City Administrator Travis Machalek informed council that on November 5, 2021, the city received a request from the Estes Park Women’s Monument (EPWM) project team to rename a section of the park to City-owned children lining the downtown promenade in ‘Women’s Heritage Square.’

The request was made for the purpose of defining the area (just back from the corner of E. Elkhorn Ave and E. Riverside Dr.) where the new EPWM was dedicated in October 2021.

“This monument has been brought to life by a group of dedicated volunteers who want to ensure that the name of the area matches its new use as a place of learning and reflection on women’s contributions to our community,” said Machalek. “The EPWM project team voted to submit the proposed name ‘Women’s Heritage Plaza’ to achieve this goal.”

Policy 208 states that the city may only change the name of an existing park, open space, or facility if there are compelling reasons to consider such a change, there is a thorough review of the change consisting of a public hearing in a regularly scheduled city meeting of the board of directors, and there is a unanimous vote of the city council.

On Tuesday, these three conditions were met and the Women’s Heritage Plaza part of the river walk was officially created.

“The new EPWM was created through a grassroots community effort to improve our city. The monument has achieved this improvement goal in many ways, but it is believed that another improvement will be renaming the area to be consistent with its new use,” said team member Ron Wilcocks. ““This area is already heavily visited by guests and locals and leads to a better and richer understanding of the women who have helped make our city great.”

Mayor Wendy Koenig is one of the Estes Park women honored in the square and withdrew from the vote.

City Core Funding is intended to support the general operations and overhead of nonprofit organizations that play a critical role in supporting the City’s strategic plan and, in accordance with Policy 671, only organizations pre -approved by city council are eligible to apply for core funding. .

During deliberations on the 2022 budget, the Board expressed interest in revising the policy to strengthen core funding requirements.

In a study session held on May 24, the board provided guidance to staff, and at Tuesday’s meeting, Damweber presented the board with a revised policy 671 that requires annual reports from entities funded by the base outline how funds were used and how the entity’s work advances city goals and that they provide an annual in-person presentation to council.

As part of the revisions, the Estes Park Arts District was added to the list of entities eligible for core funding, bringing the total to ten.

“Core funding will indirectly fund and support all creative organizations and businesses. A priority is a paid staff member who can support our own programming as well as strengthen the network of arts organizations,” said Estes Park Arts District Chair Greg Miles. “Long term, we will continue to strengthen our relationships with entities such as the Economic Development Corporation and Visit Estes Park to better include the arts in the development and promotion of Estes Park.

There were four applications from local businesses for new liquor licenses, all of which were unanimously approved. New Village Pizza, Fall River Resort, Estes Park Distilling Company/Bob and Tony’s Pizza, and Estes Park Full Throttle Distillery and Grill will all have their applications sent to the state for approval this week with realistic hopes of serving alcohol this summer. .

Estes Park and Full Throttle distilleries have had new distillery and pub licenses approved, the first of their kind in Estes Park. They are similar to the licenses held by some breweries in the city which allow the establishment to serve not only alcohol created on site, but other types as well.

President Frank Theis and Vice President Dawn James of the Estes Valley Watershed Coalition (EVWC) appeared before the Board of Directors to present a report on the group’s efforts which details the more than $4.6 million in restoration, fire mitigation and wildlife habitat protection projects. EVWC ended after being formed in 2015 in response to the devastating flood of 2013.

Theis has been with EVWC since its inception, but his term is limited and will retire as president in September.

In 2021, EVWC had 62 volunteers who gave more than 1,300 hours of service to projects supporting the water, forests and wildlife of the Estes Valley. The EVWC planted 260 willows, 250 native plants, collected 80,000 pounds of slash, pine cones and pine needles, and supported 325 landowners with fire mitigation assistance.

One of the group’s many ongoing projects is “Mary’s Lake Forest Health Phase II – Fire Mitigation”.

“The goal is to protect the waterways and water supply of the Estes Valley and Colorado Front Range by addressing areas highly susceptible to wildfires and directly impacting water supplies. “, says the EVWC report. “Recent grants from Northern Water, Larimer County Emergency Management Office and Village Thrift will help us meet our funding needs for this project.

The Council also passed Ordinances 06-22 and 07-22 relating to the regulation of the water district.

The city’s municipal water system uses water from Colorado Big Thompson (CBT) and Windy Gap (WG) which the Northern Colorado Water Conservation District and its subdistrict oversee, respectively. The district and sub-district require all properties receiving CBT and WG water to be subject to the district’s one-mil property tax, but, in the past, some properties using the city’s municipal water system town were inadvertently officially not part of the district or sub-district.

Ordinance 06-22 brings 60 properties receiving CBT water into compliance. Of those 60, 45 of them have already paid the tax, something city special counsel Greg White says he can’t explain.

“Consistent with Colorado state statute, the city council may include these properties in the district by passing an ordinance consenting to the inclusion of the specific properties,” Utilities Director Reuben Bergsten said in a memo to the advice. “Passing this ordinance will bring water customers within the city limits into compliance with district rules and regulations and provide necessary public records to be filed with the County Recorder.”

Order 07-22 brings approximately 300 properties using WG water into compliance and the $79,048 total fee to include these properties in the subdistrict is in the approved Water Division budget.

“Ultimately, all properties receiving city water will be included in the district, as required by district rules and regulations,” Bergsten said.

Both ordinances were adopted unanimously and the meeting was adjourned.