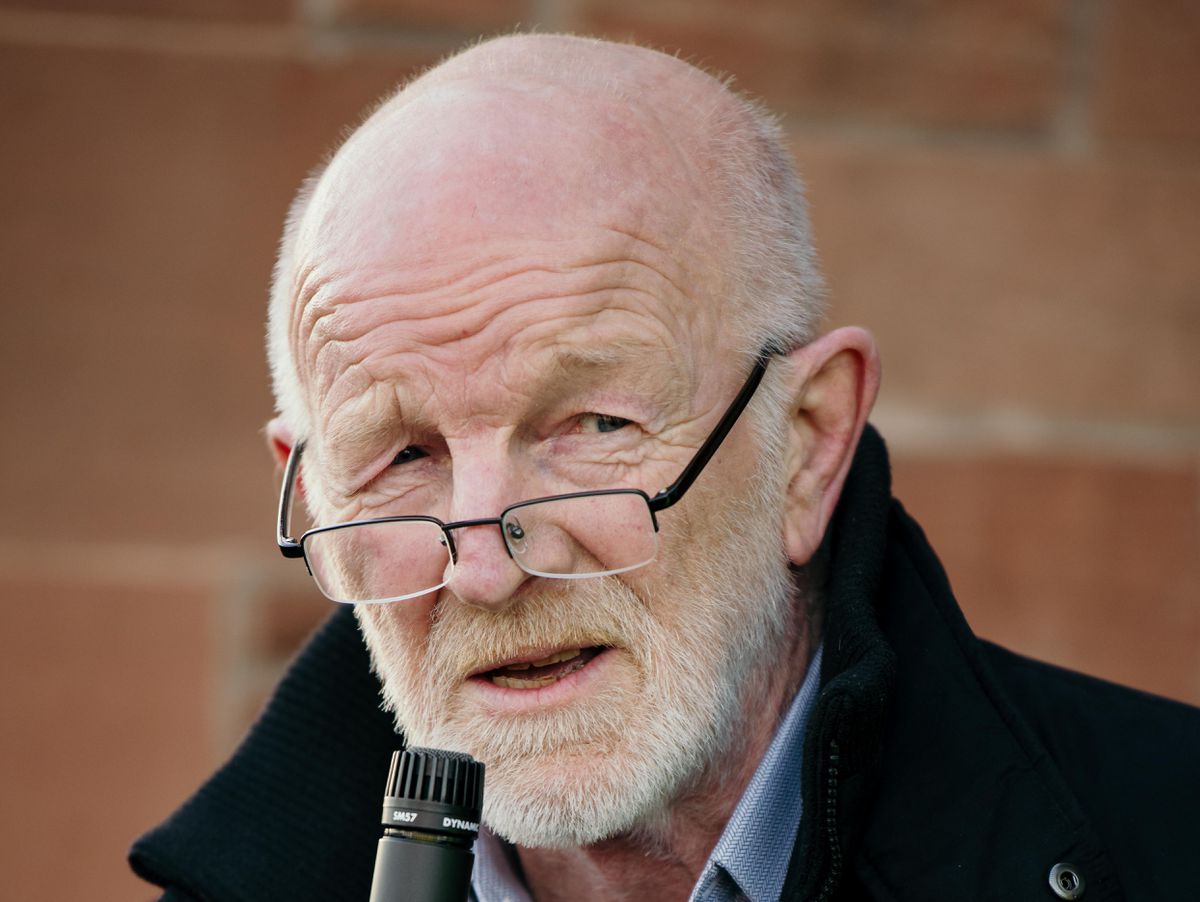 The money, which was unanimously approved by councilors at a meeting of Shrewsbury Town Council on Monday evening, will go towards local aid initiatives as well as preparations to welcome any Ukrainian refugees who may arrive.

The statement was jointly prepared by Councilor Mosley and fellow group leaders David Vasmer of the Liberal Democrats, Alex Phillips of the Conservatives and Mayor Julian Dean of the Green Party.

He said: “Like many local and regional authorities across Europe, we strongly condemn the ongoing multiple attacks against the sovereign territory of Ukraine.

“On behalf of the people of Shrewsbury, we extend our full support and solidarity to the people of Ukraine and our peers in local and regional government.

“We deplore the catastrophe we see unfolding as the values ​​of humanity, freedom and democracy that are so dear to us are being violently attacked by the Russian Federation.

“The escalation of violence, repeated shelling and attacks on Ukrainian cities and territories targeting vulnerable people pose a serious threat to the preservation of peace and democracy in our society.

“Locally, the council will support local community groups and organizations here in Shrewsbury who are coordinating collections and deliveries in Ukraine and neighboring countries to support the people of Ukraine.

“We will also be actively playing our part in supporting any Ukrainians who find themselves seeking refuge in the UK and ultimately in Shropshire and Shrewsbury.

“We are fortunate in Shrewsbury to have such caring organizations who have made Shropshire a safe and caring haven for refugees and we will continue to support them as much as possible.

“We are committed to providing as much assistance as possible whether financially or through the use of our advisors, staff and assets.

“We will also seek to raise awareness and support for Ukraine through our media and networks to maintain this collective global pressure.”

Before any of the £25,000 can be distributed, a policy on how it will be distributed will be drawn up by the City Council‘s Finance and General Purposes Committee.

The council’s Sanctuary City Task Force, which was formed last year to explore how the city can better support refugees settling there, will also meet to discuss how best to spend the money. .

Town Clerk Helen Ball said she had discussed the fund with Kate Fejfer, of the group organizing local collections, as well as Shropshire Supports Refugees and Shrewsbury resident Oksana Chapman, who is from Ukraine and has spoken publicly the need to support those affected by the crisis.

Ms Ball said: ‘We have discussed the financial implications and the fact that we can support what is happening in the community here, but we cannot send the money directly to Ukraine, and they understand that.

“They deal with the here and now, but they are starting to have a broader vision of what they are going to do if we get to the stage of welcoming refugees.

“Equally, they want to work on the fact that there are Russian and Ukrainian residents who live in Shrewsbury and they are also devastated by what is happening in Ukraine, and they want to support them as well.”

Councilors voted unanimously in favor of the creation of the fund and endorsed the City Council‘s pledge of support.

Councilor Vasmer said: “As terrible as the events in Ukraine are, what has really been heartwarming has been the response from the local community here in Shrewsbury.