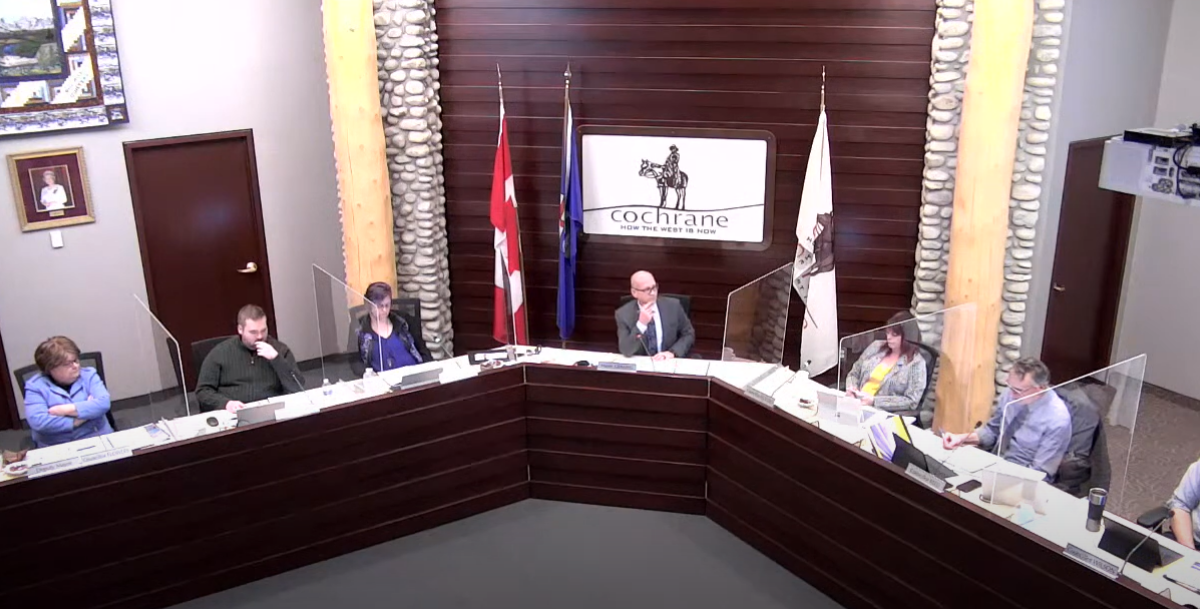 As Cochrane City Council sat down to prepare to seriously discuss the city’s proposed 2023-2025 budget this week, Mayor Jeff Genung kicked things off with a seasonal reference.

As Cochrane City Council sat down to prepare to seriously discuss the city’s proposed 2023-2025 budget this week, Mayor Jeff Genung kicked things off with a seasonal reference.

“It’s the most wonderful time of the year,” Genung said, making it clear afterward that he was only half-joking.

Nine hours, forty-three minutes and two days later, the council had asked the administration to go back to the drawing board and come up with options to cut the proposed property tax increase in half.

By the end of the second day, Genung probably wasn’t joking anymore.

The actual deliberations — the meat and potatoes of cutting the budget for Alberta’s fastest-growing city — begin after the revised draft returns to council next week.

As things stand, based on the average price of a house, the project proposes a property tax increase of 7.55%, which would translate into an increase of $15.67 per month, excluding utilities – sewage, water and storm sewer. With utilities included, the increase would be $23.22.

This time last year, the general discussion in the board was about the goal of a “growth plus inflation” budget. No one imagined what would happen to inflation in 2022.

For budgetary purposes, the administration projects population growth of 3.25% each year. Currently, inflation (based on the most recent estimates available from the City of Calgary) stands at 6.7%. The administration has pointed out in recent meetings that the actual municipal rate, which was not available this year, is generally higher than Calgary’s.

Chief Executive Mike Derricott noted that the process that resulted in the 7.55% tax increase began with a “teenage” increase.

He underlined the difficulty of reducing a budget largely influenced by inflation, before adding that he considers the prudent use of taxpayers’ money a sacred mission.

“Cochrane is one of the smartest organizations in local government in terms of how effectively and efficiently it spends taxpayers’ money, and that’s statistically demonstrable,” he said.

One of the conundrums facing management and the board is the stark reality that growth doesn’t pay off. In other words, a 3.25% increase in population does not translate into 3.25% more income.

The task, therefore, is to find a way to balance rising cost pressures with service level expectations.

The first agenda for the special meetings on November 15 and 16 was to clarify what information councilors would need to prepare for the actual deliberative process. After six hours of page-by-page questions about the operating budget on Tuesday, Coun. Morgan Nagel spoke for the first time to explain why he had remained silent until then.

He said what was going through his head was like buying a new four-wheel-drive truck, walking around with the salesman, listening to the numbers add up and the financial reality set in.

He said there was a “big disconnect” between where it is and the 7.55% hike currently on offer.

“I think it is important that we recognize that it is going to be difficult for us to react to this inflationary environment, and if we go ahead and raise taxes by 7.55%, it is as if we simply couldn’t bear the brunt of inflation. challenges.”

Nagel identified two basic approaches to arriving at a tax increase that he could live with: advisers could go through the draft line by line, cutting as they go, or they could ask the administration to go back to the drawing board and redo a budget with a level increase of 3.5 to 4%.

He said he was not equipped to choose where to cut and would rather see the administration come back to the council with a simplified document, including options.

The rest of the board agreed with Nagel.

Com. Marni Fedeyko, citing the example of some single parents who had to go to the food bank this year, said the current financial pressures needed to be acknowledged.

Unlike Nagel, the adviser. Tara McFadden took a decidedly more meticulous approach over the previous six hours – to the point where it almost became humorous. She asked the administration for the number of employees attached to each department as they appeared in the review page by page, taking notes each time.

She said the council should aim for a “no frills” budget that represented reality, which she said would cut the proposed tax increase in half.

She offered a few suggestions as a starting point: a hiring freeze and no cost-of-living adjustments (COLA) for the board or management. (The proposed budget suggests a 3.5 percent increase in COLA for all non-union employees).

Genung accepted the decision to ask the administration to go back and seek cuts, and come back with more options. He acknowledged how difficult this process would be, pointing out that if the snow isn’t plowed and the grass isn’t cut, the city council will hear about it.

The mayor concluded by calling on residents to get involved in the discussion.

“I hope locals will stand up and give us their thoughts on what the cuts might look like,” Genung said.

So residents who are unhappy with the snow that still hasn’t been cleared in front of their driveways may need to consider how much they’re willing to pay to improve this service.

Or maybe how much they would pay for a used four-wheel-drive truck.