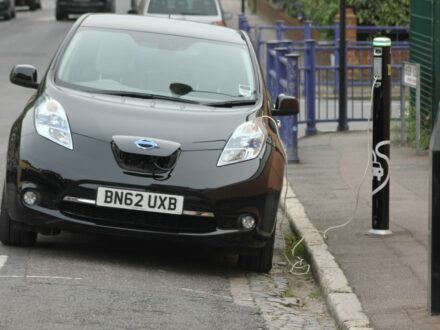 Councils will have to compete for a share of the money as part of the government’s £950million strategy to ‘speed up’ the transition to electric vehicles.

In today’s electric vehicle infrastructure strategy, the Department for Transport said it would focus on installing faster charging points and local on-street charging.

The strategy will be driven by a £500m investment in the government’s local infrastructure support program and a new £450m local electric vehicle infrastructure fund.

The DfT has also announced a £10m pilot scheme for the local electric vehicle infrastructure fund, which will see councils invited to bid for a share of the £450m to support infrastructure rollout. .

The competitive element of the strategy is expected to cause some consternation in local government circles, with many people unenthusiastic about the process.

Meanwhile, the County Councils Network raised concerns about the city-county divide, calling for funding new electric vehicle charging points for rural areas, which were “lagging behind”.

A local government knowledge center will be launched by the government in the spring of this year to provide consolidated guidance to authorities on electric vehicle charging infrastructure.

The DfT will seek to deploy more powerful fast chargers from the £950million Fast Charging Fund.

As part of the strategy, the government is aiming for every motorway service area to have at least six fast chargers by the end of 2023.

This will include improving the capacity of the electricity network at motorway service areas in order to meet the demand for fast charging by 2035.

Additionally, by 2035, the DFT aims to have 6,000 high-powered chargers along strategic UK routes.

Grant Shapps, the transport secretary, said: ‘No matter where you live – whether it’s a city center or a rural village, the north, south, east or west of the country – we are activating the passage to electricity and make sure there is no one is left behind in the process.

“That’s why we’re ensuring the country is EV-ready for future generations by the end of this decade, revolutionizing our charging network and putting the consumer first.”

Responding to the strategy, David Renard (Con), the transport spokesman for the Local Government Association, said: “Councils are committed to tackling climate change and reducing harmful emissions from transport and are already supporting the transition to electric vehicles.

“The funding is a significant boost to these efforts that will help secure staff and resources to better plan and invest in local charging point networks, in partnership with commercial operators.”

“While funding is a hurdle to progress, we are awaiting details on how the government intends to tackle other hurdles such as the high costs of grid connection points and access to expertise. “

Bridgit Rosewell, the National Infrastructure Commissioner, said: “This is a promising package that tries to tackle the big hurdles – the need for a visible network of fast chargers alongside better local supply for those who don’t have a driveway or garage to recharge overnight.”

“The government has now accepted the scale of the challenge and the need to empower local authorities to ensure that charging station coverage is accessible and fairly priced for all drivers.”

He said: “England’s counties lag far behind the largest cities in terms of publicly available electric vehicle charging points, with CCN analysis showing that drivers in county areas have a charging point every 16 miles, against one every mile in London.

“Today’s commitments could create a step change in the use of electric vehicles, but it is imperative that all corners of England have good access to charging stations.

“A total of £1.6 billion for electric vehicle infrastructure is a significant sum, but the government should keep this figure under review. Net zero cannot be delivered on a small budget.