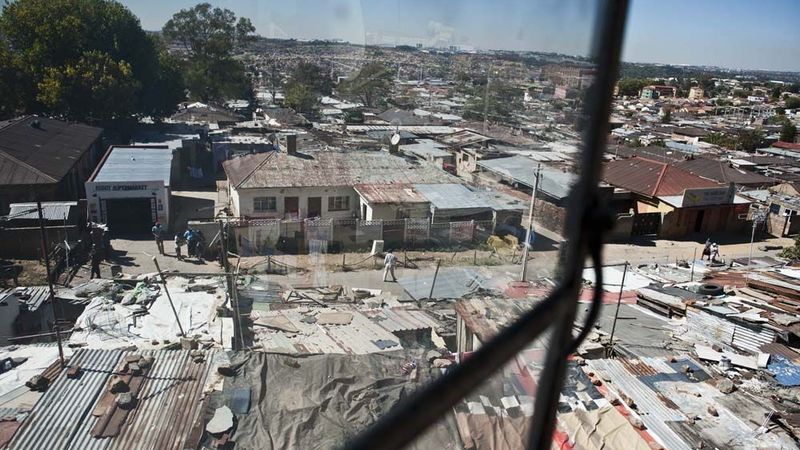 On 1 March 2022, and as part of the processes of the July 2021 National Unrest Hearing, the South African Human Rights Commission (SAHRC) visited Alexandra Township in Gauteng . For many, the July unrest and general discontent in many communities like Alex, represents a boost to society that the benefit of all, equally and without prejudice, from the post-1994 democratic project is a non-negotiable demand. for peace and security. It stands horribly in the narrative of the democratic experience as a spectral reminder that until all have confidence in the progressive realization of their human rights, no one can guarantee the security of theirs.

The SAHRC’s investigation into the unrest sought to achieve a wide range of objectives, including finding the causes of the devastation, exploring the role of public policy and law enforcement in the outcomes end of the unrest, to examine the context around which the 350 people lost their lives, and to assess and address the socio-political issues, including poverty, high unemployment rates and inequality, which remain structural and deeply rooted in as factors contributing to the disorders.

Alexandra wasn’t just one of the worst affected communities during the July Troubles – she only exists in a state of perpetual affliction.

Accounts of the size of Alex’s population vary widely. The 2011 census indicated that 180,000 people occupied an area of ​​6.8 km2with a density of about 26,000 people per square kilometer.

Comparatively, Sandton, which is adjacent to Alex, was found by the same study to occupy about 220,000 people in an area of ​​about 144 km2 – at a density of about 1,500 people per km2. Indeed, one person in Sandton occupies the same space as 17 people in Alex.

The systems and tropes that are continually reproduced and nurtured in the overcrowding of Alex exist only in pride of the social and political order of apartheid. Hostels, ghettos and tight corners are a never-ending confrontation with colonial perceptions of African incompetence and sub-humanity.

At Madala Hostel, for example, the textural contrast between past and present is questionable. “Oh kazi sesenzeni” (Oh, what have we done now?), a woman greeted jokingly as we approached the courtyard upon our arrival. Beneath the laughter, layers of belittled dignity simmer.

In the center of the courtyard rose a rush of flies, buzzing over an animal carcass that sprawls over a head of rubbish. From the freshness of its stench on Tuesday morning, the animal would have met its fate at a weekend feast.

In the villages, where the majority of the boarding community originates, the funeral ritual is a ceremony. Animal remains are respectfully returned under the ground.

A few meters from the carcass, through puddles of sewage ponds, a giant rat lay on a muck of sanitary napkins, diapers, fabrics, household and human waste – defeated. Well-fed flies afloat. Toddlers suck on bottles nearby – learning to be human.

Similar conditions are encountered by the majority of those residing in Alex. For others, like in the informal settlement of Stjwetla on the banks of the Jukskei River, the situation is worse.

For a long time, the Jukskei River has been and remains a concern for human rights organizations and environmentalists. Rising from Johannesburg, it joins the Crocodile River in the Hartbeespoort Dam. The banks of the river, despite endless concerns in various fields and sectors, remain a site of insensitivity.

During SAHRC Gauteng’s provincial inquiry into the total closure of Alexandra Township, in May 2019, the City of Johannesburg (CoJ) said it worked closely with the Department of Environmental Services and infrastructure to keep the Jukskei River clean. The CoJ added that regular tests were carried out to check the water quality of the river. The SAHRC was informed that a motion to build a fence along the banks of the river in 2017 had been approved, but had not yet been implemented due to a lack of funding. Closure, the Commission was informed, would prevent, inter alia, illegal dumping.

The SAHRC requested information on implementation of progress made in tackling littering and illegal dumping of waste more generally; and regarding the spill into the Jukskei River. In addition, the SAHRC requested specific plans to ensure proper enforcement of waste management and environmental protection regulations, outlining the roles and responsibilities of the Johannesburg Metro Police Department, environmental inspectors and officers. enforcers in this regard. The Commission further recommended that the CoJ provide sufficient licensed landfills with reasonable or no-fee entry fees to reduce illegal dumping of waste. The sites, the Commission recommended, should be easily accessible and secure, in various locations around Alex to encourage usage.

Three years after these fights, we stood in the middle of the Jukskei river bridge and saw a toddler of about two years old come out of his house and, two meters from the entrance, empty a small bucket of liquid towards the river. Below them appeared a pipe leading the raw sewage into the stream. As we lamented the conditions shaping this new human, a passerby confidently threw litter across the bridge to the river.

A mere sigh later, a boy of about nine passed us to reach a more central part of the bridge. In one hand, a small black bag. In the other, a larger garbage bag. One by one, he took smaller bags out of the big bag and threw them over the deck, until the big bag was light enough to tip over.

Shocked, visibly pained and with a sense of discouragement, a senior Commission official reached out and gently held the boy’s arm. The confusion on his face when asked why he was spilling onto the bridge was genuine and sincere. Obviously, no one had ever asked him that question.

Two locals stood nearby, appearing to know the boy. An uncle, a father or even neighbours, it was supposed. Laughing at the interaction, one exclaimed, “This is our dump.”

At that time, it was impossible not to have flashbacks of the countless times witnessed empty takeout containers and bags flying from moving vehicles on public roads.

In many ways, the elders in those moving vehicles were once that nine-year-old boy. He, too, was once that two-year-old baby—knowing the river only as a dump and the mountains of garbage as a home.

This place and many others like it across the country, which continue to exist as living monuments of apartheid enlightened leadership, can no longer be blamed solely on the pre-1994 government.

The propellant element of the mechanisms that maintain the deplorable violations of human rights are habits. The habits of the poor to dispose of garbage illegally must be condemned, while being aware that without conditions that suggest otherwise, new habits will not emerge.

All they know is all they do.

Similarly, what best defines the failure of civil service administration in the face of the Alexandra crisis are habits.

Between the euphoria and hope of 1994 and the lived realities of those who live on the banks of the Jukskei River, there are a myriad of tolerated actions and habits that have crippled the potential of the local government sphere to achieve the aspirations of the democratic project. Bad administration, rampant corruption, politicization of public services and recklessness – all backed by the master of all: weak or dysfunctional consequence management systems. The highly contested political context in which municipalities operate makes their administrative functions particularly vulnerable to political capture and interference.

In August 2021, the Department of Cooperative Governance presented the State of Local Government Report to parliament. According to the report, out of 257 municipalities, 64 are dysfunctional. The main causes for the increase in the number of dysfunctional municipalities include the correlation between governance failures and political control.

If the South African government is to turn the tide against dysfunctional public service, particularly at the local level, a step change towards habits that initiate a culture of care and interdependence is needed.

This can only happen if oversight functions are readjusted and consequence management systems re-oriented for impact. Radical change at the local government level requires, primarily, similar transformations within national and provincial governments.

Article 154(1) of the Constitution provides that national and provincial governments support and strengthen the capacity of municipalities to manage their own affairs, exercise their powers and perform their functions. Section 155(6) requires provincial governments to monitor and support municipalities and develop their capacity to perform their functions. For South African society to overcome the impact of the current tide and temperament of global economics and politics on the poor, governments and national and provincial legislatures must, in the immediate term, focus only on the development and empowerment of the local government sphere.

If national and provincial governments empowered local governments through determined accountability and control measures, significant transformation would be inevitable.

The alternative is a continuum of the downward spiral – like that of waste falling into the Jukskei River – of many other municipalities.

Intra-group tensions, such as those between locals and outsiders, define community relations. Pending better service delivery and the protection of human rights, piled deep among neglect, another turmoil is brewing.