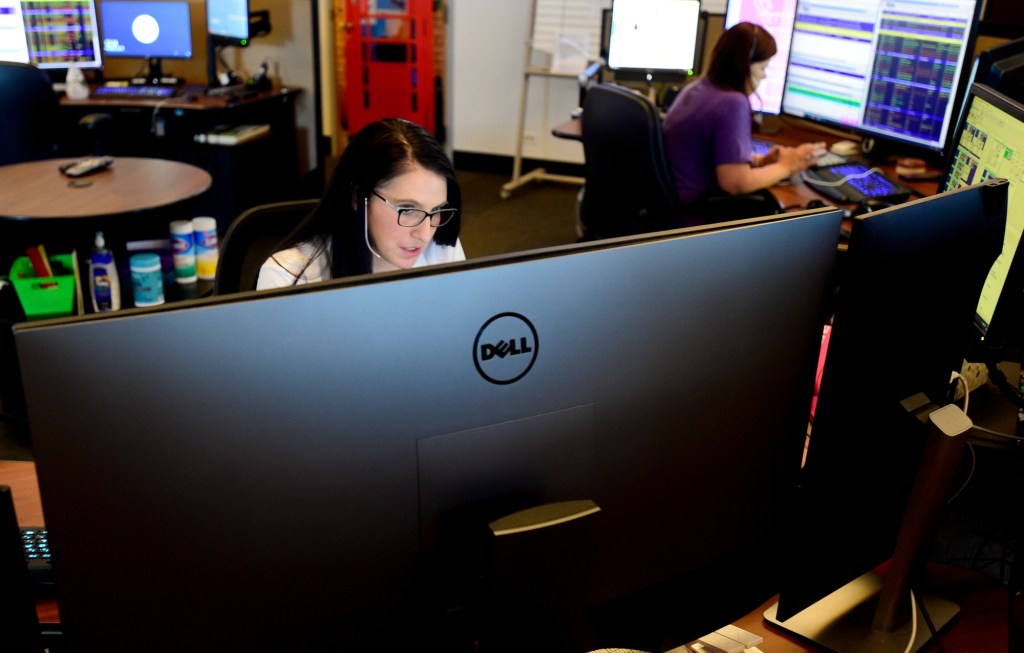 In 2017, the Longmont City Council voted to remove the siren system, which had been plagued with malfunctions and would have cost around $500,000 to replace.

If there was a tornado warning in Longmont today, public safety officials would have no way to activate a siren system because the old system was taken down years ago.

Instead, residents across the city should receive notifications on their cellphones and landlines warning them of extreme weather threats. And, it seems, that’s perfectly fine for many residents.

“We get very few complaints,” said Robin Ericson, communications and marketing manager for Longmont Public Safety, of the outdoor emergency alert system that is no longer in place.

Residents can sign up to be notified on their mobile devices through the city’s website, https://www.longmontcolorado.gov – search for “emergency notification”. They will need to provide their physical address as the system is based on geographical boundaries.

According to the Federal Communications Commission, people must sign up to receive emergency reversal notifications on their cellphones. Landline phones are already connected to the emergency notification system and do not need to be registered.

When a dangerous situation arises, the system sends a message to people who live in the immediate vicinity even if they are not at home at the time.

Additionally, Longmont has weather radios available free of charge to residents. Weather radios can be picked up at the Longmont Public Safety, Safety and Justice Center, 225 Kimbark St. Residents should bring ID that shows them as a city resident.

Originally installed in the early 1990s, the city’s outdoor siren system was intended to warn residents of funnel clouds and other weather-related emergencies. After starting with six sirens, the system later expanded to 22 poles across the city.

However, in some cases, public safety officials noticed that the warning system prompted some people to do the opposite of what they were supposed to do in the event of a weather emergency.

“One of the things we’ve found with sirens is that when they go off, people come out,” Ericson said. “The whole concept of an exterior warning system…it’s to get you in.”

Although the siren system was easy to activate and deactivate from the Longmont Emergency Communications Center, confirming information with the National Weather Service and certified weather observers in the field often took longer than public authorities did not consider it appropriate.

“This caused delays while information was relayed to staff over the phone,” Ericson said. “Today’s technology…exceeds these capabilities.”

The supervisor in charge of the Longmont emergency communications center activates the reverse notification system based on information entering the dispatch.

“Of course, they don’t make the decision completely on their own,” Sandra Seader, deputy town manager of Longmont, said of the duty supervisor at LECC. “They collect information on what officers and firefighters see. …Often, the emergency manager helps with this decision-making, but it’s the call of whoever is supervising dispatch that day.

After the initial notification is sent, the city’s communications team often releases more information to a wider audience through social media platforms such as Facebook. The Longmont Fire, Police and Community Health and Resilience Facebook page has over 20,000 followers.

In 2017, the Longmont City Council voted to remove the siren system due to persistent malfunctions and the cost of replacing it was approximately $500,000.

“We’ve encouraged the public to form a relationship with the National Weather Service, so they get it straight from the source the minute the news comes out,” Ericson said for weather-related events. “That’s clearly the best way to get this information.”

Although the Longmont siren system was intended to warn people of tornadoes, few have occurred in Boulder County in recent decades.

Between 1950 and 2021, 11 tornadoes have been reported across Boulder County, according to data from the National Weather Service. However, in Weld County, 292 tornadoes were reported over the same 71-year period.

“Certainly more fire and flash flood risk,” said Russell Danielson, a meteorologist with the National Weather Service in Boulder. “I would say that’s the highest risk (for Longmont) than tornadoes, but all three are definitely possible.”

As in Longmont, people who live in the unincorporated county of Boulder or any of the other municipalities in the county can sign up to receive messages about imminent threats on the Office of Emergency Management website. from Boulder at boulderoem.comby searching for “emergency notification system”.

Although Longmont’s siren system is long gone, the Boulder Emergency Management Office still has 30 sirens in its system, including in Boulder, Erie, Eldorado Springs, Jamestown, Lafayette, Louisville, Lyons, and Superior.

“If they make that decision, they’re basing it on the conditions and the information they have,” said Mike Chard, director of the Boulder Office of Emergency Management. “A lot of it depends on how the incident commander interprets the threat to the area.”

The emergency siren system was originally intended to alert people to tornadoes, flash floods, and other weather events. In the late 2000s, some sirens were also programmed to relay wildfire and hazmat emergency messages based on their location in the county.

The last time one of the sirens was used was in the city of Boulder for a tornado warning in Broomfield in 2019.

“Because the Weather Service sent out a wireless emergency alert, it bounced around the city of Boulder and fell into the hands of some first responders,” Chard said. “They weren’t sure what the data was, so they just went ahead and turned on the sirens.”

The tornado was not a risk to the city of Boulder.

“I wouldn’t say it was a mistake,” Chard said. “They received information on their phone and were fine, we better trigger it.”

Prior to this incident, the siren system had not been activated since the 2013 floods.

The siren system was not activated in the cities of Louisville or Superior when the Marshall Fire broke out on December 30, 2021, because their warning systems were not programmed with wildfire messaging .

The Marshall Fire destroyed 1,084 homes and authorities are evaluating whether or not to update the sirens with additional sound prompts.

Chard didn’t disagree with the claim that sirens in severe weather can sometimes cause people to come outside instead of seek shelter indoors, but said that was the case with several instruments. emergency alert.

“Even during the Marshall fire, we had a lot of people coming into the area, not even part of the evacuation, trying to get a look at the fire,” said Chard said. “There is this curiosity of human behavior in disasters.”