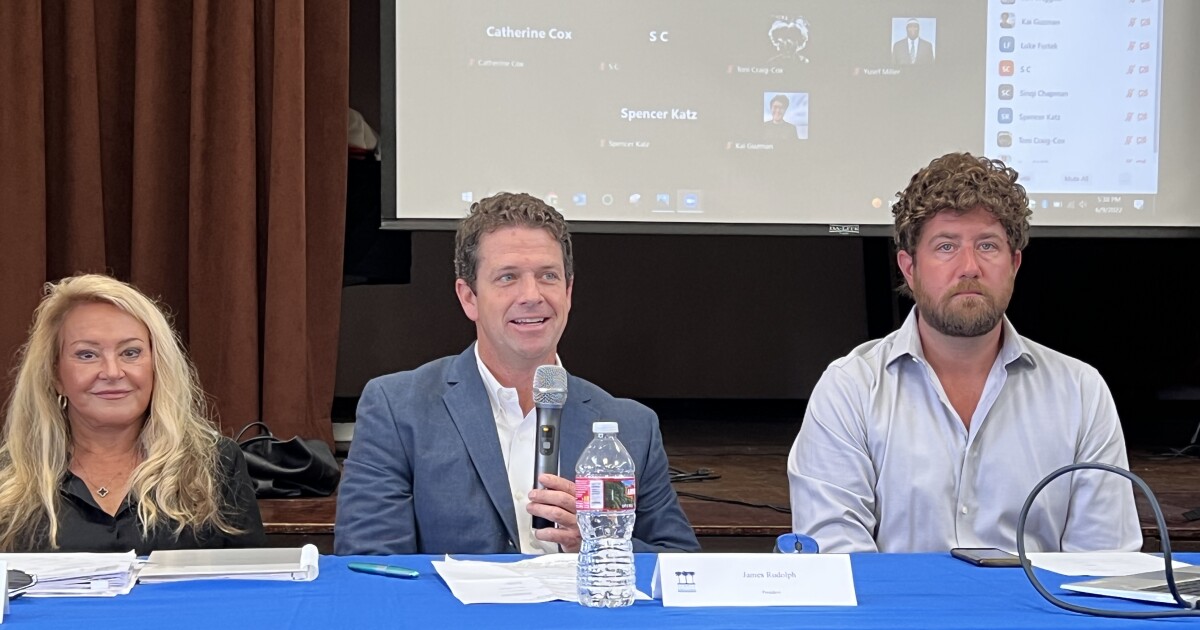 After hearing from two supporters of the “ProTECT Act,” a proposed measure that seeks to impose new limits on police power in San Diego, the La Jolla City Council voted June 9 to send a letter to the San Diego City Councilman. Diego Joe LaCava opposing it.

The name of the draft ordinance is an acronym for “Preventing Overpolicing Through Fair Community Treatment.”

The PrOTECT law, which has yet to go to city council for consideration, was drafted by members of the Coalition for Police Accountability and Transparency.

“ProTECT … will require officers to have probable cause to stop, detain or search a person,” said Geneviéve Jones-Wright, a lawyer who helped draft the proposal and whose organization Community Advocates for Just and Moral Governance, or MoGo, is part of CPAT.

The order would also “eliminate stops for certain equipment violations, such as an expired registration or a broken turn signal,” she said. “It will prohibit officers from questioning people about an offense beyond the offense for which they are arrested, unless officers have probable cause.”

At the April city council meeting, Jared Wilson, president of the San Diego Police Officers Association, told the group that the PrOTECT law was “completely misnamed. This is not a new protection. The purpose of the groups who wrote this… is to prevent the police from doing their job.

Wilson said the police department “does a great job following the search and seizure rules that America has in place to protect us from unlawful search and seizure. We receive ongoing training, and if anyone violates, they are held accountable for disciplinary procedures.

The PrOTECT law “goes beyond that,” he said. “If you violate [the ordinance’s] rules, which are tougher than anything else in America, we’re actually going to prosecute you as a criminal as a police officer.

At the time, Jones-Wright told the La Jolla Light that we want [officers] do their jobs in the spirit of the law and in accordance with the law by treating everyone equally before the law.

Christie Hill, director of advocacy for the ACLU of San Diego and Imperial Counties, who is a member of CPAT, said at the June 9 meeting at the La Jolla Recreation Center that the country’s current policing practices have origins racists – remnants of the “slave patrols”. designed to empower the entire white population and control the movements of black people.

“There is a different standard of policing when it comes to black and brown communities compared to white communities,” Jones-Wright said, citing a 2016 San Diego State University study commissioned by the City Council. who concluded that black drivers are nearly three times as numerous. more likely than white drivers to be subject to on-road interviews, in which a driver is questioned by police for something unrelated to why the person was stopped.

“So what this data suggests is that traffic stops are not an effective tool for tackling crime,” she said.

Jones-Wright noted that the study also indicated that “Black and Latino drivers were almost twice as likely to be searched, but less likely to have contraband, than white drivers.”

“There is no public safety justification why our police are disproportionately looking for black and Latino drivers,” she said.

With meeting time running out, Jones-Wright and Hill finished their presentation and Councilman Chuck Merriman asked for a motion to oppose the PrOTECT Act now that both sides have been heard.

Administrator Christy Littlemore offered instead to postpone a vote, saying, “I don’t think we have enough proper information for the city council to vote one way or the other.”

Noting that officers spoke out at length against the PrOTECT Act at city council meetings in April and May and that the June 9 supporters’ presentation was much shorter, Littlemore said, “I don’t think this council has its place at this stage. [to vote].”

Administrator Cody Petterson backed a continuation, saying: ‘Unfortunately, it feels like the information has gone out of date. There was no commitment on the information.

The motion to delay the vote failed.

Merriman then offered to send a letter to LaCava, whose District 1 includes La Jolla, stating “that as an organization, we do not support the PrOTECT Act in its current form and request that further alternatives or research be carried out rather than taking the PrOTECT law. Acting for the City of San Diego.

Members of the public watching the meeting online attempted to comment but were muted, with administrators saying there was no time for public comment because the leisure center required everyone coming out shortly.

Several members of the online audience wrote their support for the PrOTECT Act in chat messages and objected to the halting of public comments.

“The board’s decision to vote before public comment is authoritative,” Maxwell Hoffman wrote. “We expect better”

City Council Speaker James Rudolph called for a vote on whether to send the letter opposing the ProTECT Act. Nine directors voted in favour; six voted against.

Rudolph, who served as city council president last year, said he decided to give up another term in the position for personal and professional reasons.

Rudolph will remain on the Executive Committee as Past President, replacing Ann Kerr Bache.

“Thank you all for your community service,” LaCava said. “It warms my heart.”

Next meeting : The La Jolla City Council will meet next at 5:30 p.m. Thursday, July 14, online and at the Recreation Center, 615 Prospect St. Learn more about lajollatowncouncil.org. ◆