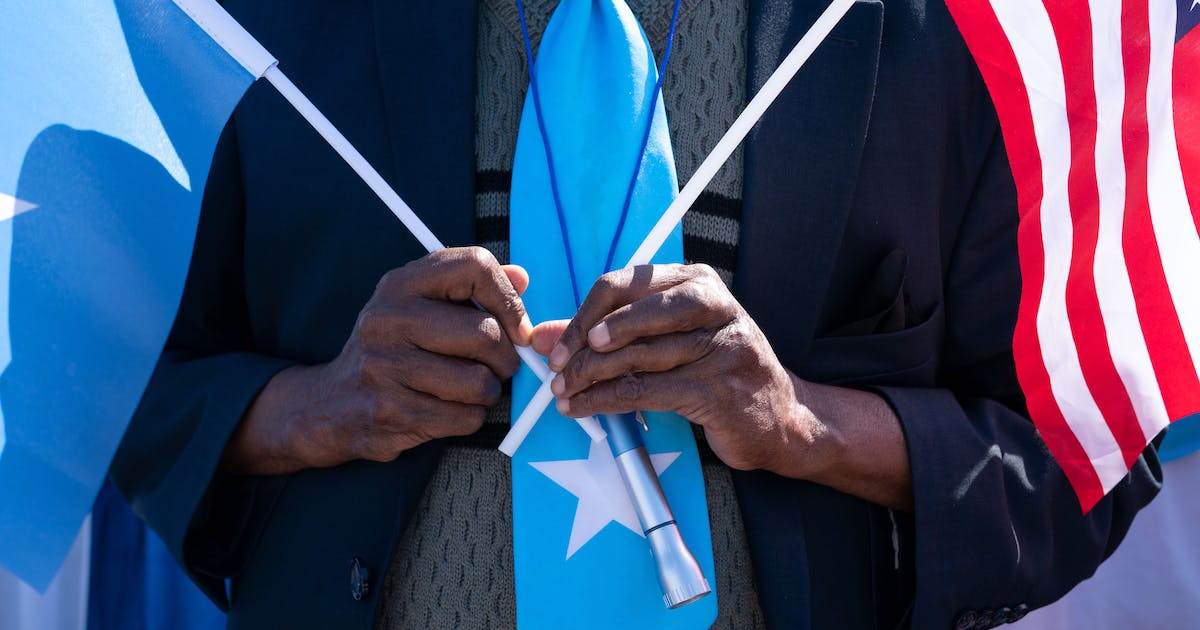 Will he be chastised or censured by his colleagues on the Minneapolis City Council for blaming a marginalized community for everything? Will it cost him politically? Will he be forgiven by the community he hurt? What are his paths to follow?

But the only thing that matters right now is the damage attached to his words. He has hurt the Somali American community in Minnesota and beyond in ways he cannot comprehend.

The conversation, however, shifted to the offender rather than the offended.

It’s a familiar answer. Power brokers who find themselves in this predicament are redeemed with the help of community supporters – remember the cheers in the background as Rainville made his comments – through calculated moves that focus on their future and ignore the pain left behind.

It’s probably only a matter of time before Rainville brings together a group that includes three black people and a local civil rights leader in one of those “I sinned” moments familiar to politicians. Then he could post a photo that shows him holding hands with members of the Somali American community and walking through troubled neighborhoods in the city. At some point during this photo op, he’ll likely stop and place his hand on a Somali American child’s shoulder and smile.

Now, I’m not sure he will do all those things. I just know the playbook and the circumstances for blacks and browns living here.

The greatest privilege of white children in Minnesota is that they are all treated as individuals.

More than anything, white children are humanized. They are not confronted with those sweeping generalizations that can follow them throughout their lives. When they fall, there is no demand for a gathering of white leaders to help fix what afflicts them. These white children do not represent the white community – only themselves.

White children in Minnesota are growing up with the benefit of the doubt and the assumption that they are inherently good. Black children must prove that they are not, as some believe here, part of an inherently evil community. They also know that any wrong move could impact their lives and bring immediate judgment, not because of their actions, but because of what people might believe they represent. And they know they won’t have the same resources and privileges to facilitate their future. With these obstacles ahead, Rainville’s words can kill their dreams and convince people to judge them without ever giving them a chance to thrive, stumble, evolve, succeed and learn. They won’t receive the same grace that many white children will have here.

Rainville made it harder for young Somali Americans to access these opportunities when he said he planned to sit down with Somali American leaders and tell them “their kids can’t do this type of behavior anymore.” at the Stone Arch Bridge and Boom Island Park.”

Every Somali American kid in Minneapolis was hanging out at Stone Arch Bridge and Boom Island Park? Did he count?

Let’s be honest here: Rainville will overcome this. But this racist assessment will stick to an abundance of innocent boys and girls.

Being Somali and Muslim at the same time is an experience I will never fully understand. Reports of hate crimes and outright racism have been more frequent in recent years. Yet the Somali American community has made Minnesota better in every way.

Rainville, however, referred to the July 4 weekend violence as if he were talking about a group of strangers. The message: Keep your community under control or else. Rainville, a powerful leader in Minneapolis, turned every Somali American child into “them.” This label will only perpetuate the stereotypes and intensify the challenges for a group of people who have been fighting for inclusion and recognition since the day they arrived.

While I respect the calls for conversation and a path to forgiveness – Rainville apologized – by Somali American community leaders, I think it is unfair that marginalized communities are continually placed in this position.

Why must we create a path of redemption when our wounds are still bleeding? Why are we asked to do anything other than heal at times like this? Why are we here again?

Instead, he took the easier and more dangerous route. Rainville thought his power was more important than the pain he produced. It happens when you’ve decided that the people you hurt don’t matter as much as the people who cheer you on.

Myron Medcalf is a local columnist for the Star Tribune and a national writer and radio host for ESPN. His column appears in print on Sundays twice a month and also online.