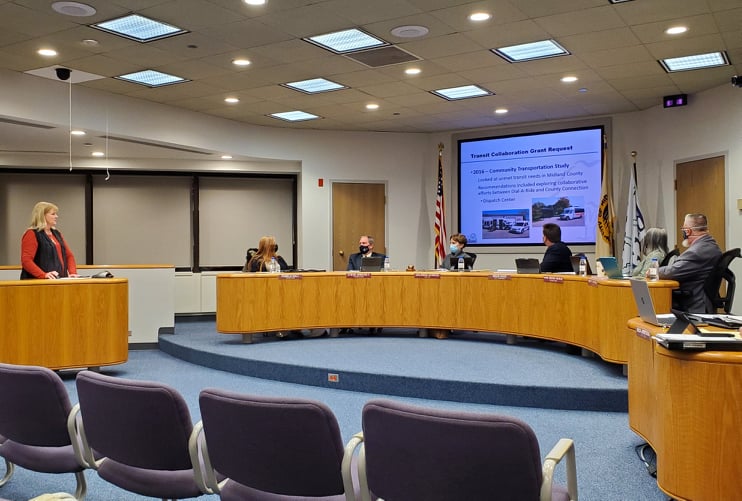 Midland City Council will discuss the possibility of Ashman and Rodd streets becoming two-way streets at its next meeting.

At 7:00 p.m. on Monday, February 28, council will meet in regular session at Midland City Hall. Residents can tune in in person or live through the city’s website or its government channel, MGTV-188.

Many of the city’s major buildings are located on both streets, including Kroger, Memorial Presbyterian Church, Dan Dan the Mattress Man, and St. Brigid Catholic Church and School on Ashman; and Central Park Elementary School and the U.S. Post Office on Rodd, among others.

After the council approved a redesign of Buttles and Jerome Streets (Business US-10) by the Michigan Department of Transportation in 2021, it prompted the city to also consider changing Ashman and Rodd streets to two-way traffic. At a meeting earlier this year, council asked city staff to look into having these roads run in both directions.

According to the agenda for the meeting, the topic has been discussed by the Downtown Development Authority, Center City Authority, Midtown District, and MDOT since 2016. Recent discussions of a Center City redevelopment have also raised the possibility of pass the roads both ways.

Ashman and Rodd streets have been one-way streets since the 1960s, according to the meeting agenda. The city is reportedly considering making the two streets bi-directional from Saginaw Road to Ann Street, a stretch of approximately 1.3 miles.

(East Ashman, which begins east of Saginaw Road, is a two-way street.)

Council will vote on whether to help city staff for further study and provide design recommendations for the two streets to become two-way. Public input will be collected during design work, and a final report and recommendation will be presented to council by the end of May.

Council will also hold a public hearing on a concept plan for an assisted living facility on Bay City Road, and council will vote on a resolution for a second year of Bird electric scooter rentals in Midland.