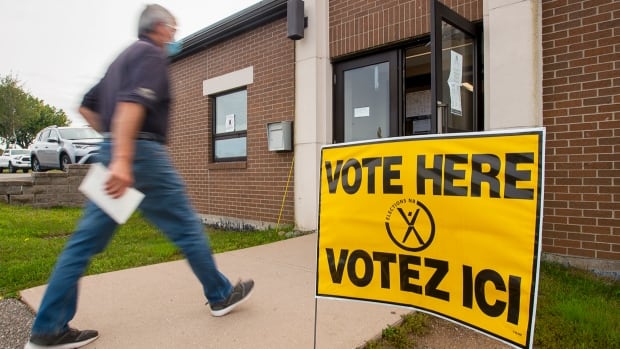 New Brunswickers headed to the polls Saturday in dozens of newly formed municipalities.

There are 105 advance polls across the province that are open Saturday and Monday from 10 a.m. to 8 p.m.

The local government election does not include major centers like Fredericton, Moncton and Saint John, and some other smaller municipalities, but it will be the first election for 50 new municipalities and 12 rural municipalities.

Paul Harpelle, director of communications for Elections NB, said he wasn’t sure what to expect for turnout in this election.

“We’re looking at a number of factors that are at play. … It’s a November election, we’re dealing with Black Friday sales,” he said.

“The weather is okay, so it might be useful to spur on people who want to take care of that vote before we have more snow.”

He said an additional 2,505 voters voted at a polling station on Friday night.

“It was a good start this morning,” Harpelle said.

He said all polling stations opened on time and residents were queuing outside some locations.

Harpelle said there were approximately 230,000 eligible voters in this election.

“There are a number of communities that have been restructured and consolidated,” Harpelle said.

“There are a large number of voters who are completely unaffected by this event.”

Residents of some communities must elect entirely new councils, including mayors. In other locations, new advisors are added.