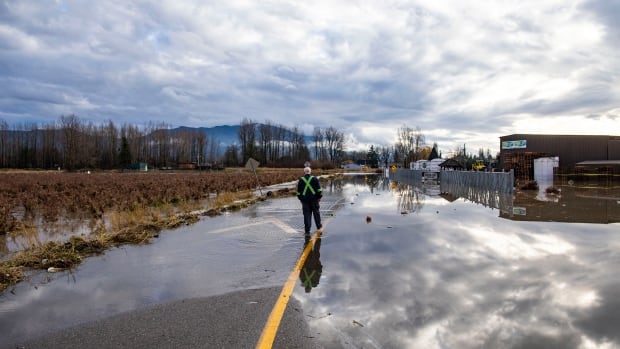 The mayor of Abbotsford, B.C., says expecting local governments to pick up the cost of infrastructure upgrades to protect their communities from flooding has been a “monumental mistake”.

Henry Braun made the comment before a Senate Standing Committee on Agriculture and Forestry as he called for more than $2.5 billion from upper levels of government to bring dikes built in the 1940s up to safety standards. current.

Heavy rains in November breached nine dikes in Abbotsford, flooding an area the size of Guelph, Ontario, and affecting more than 1,100 farms and 2.5 million head of cattle in southern British Columbia.

Braun was joined by Jason Lum, chair of the Fraser Valley Regional District, who says the spring thaw is keeping him awake because he fears a distinct aging dyke system along the Fraser River could support.

The BC government made a preliminary bid to federal officials asking for about $4 billion and also set aside $2.1 billion in its latest budget for disaster recovery across the province.

The federal government has committed $5 billion and Emergency Preparedness Minister Bill Blair said he sees an urgency to support those affected by floods and wildfires, but he has not provided schedule for the payment of money.

“While meetings with federal and provincial government leaders have been positive, we continue to seek funding and support for our long-term solutions and infrastructure needs, as we anticipate these costs to be in the billions,” Braun told the Senate committee.

“The transfer of the costs of this type of infrastructure and the maintenance required to local governments was, in my opinion, a monumental mistake and it is something that must be corrected.”

Earlier this month, City of Abbotsford staff estimated the cost of flood mitigation in the Sumas Valley region would be $209 million to nearly $2.797 billion.

While experts are reluctant to link a single weather event directly to climate change, scientists do know that warmer air holds more moisture – which means that as British Columbia’s average temperature warms in Due to climate change, flooding in the region will become more frequent and intense.

Twardzik and Cobb sworn in to City Council | ocean view