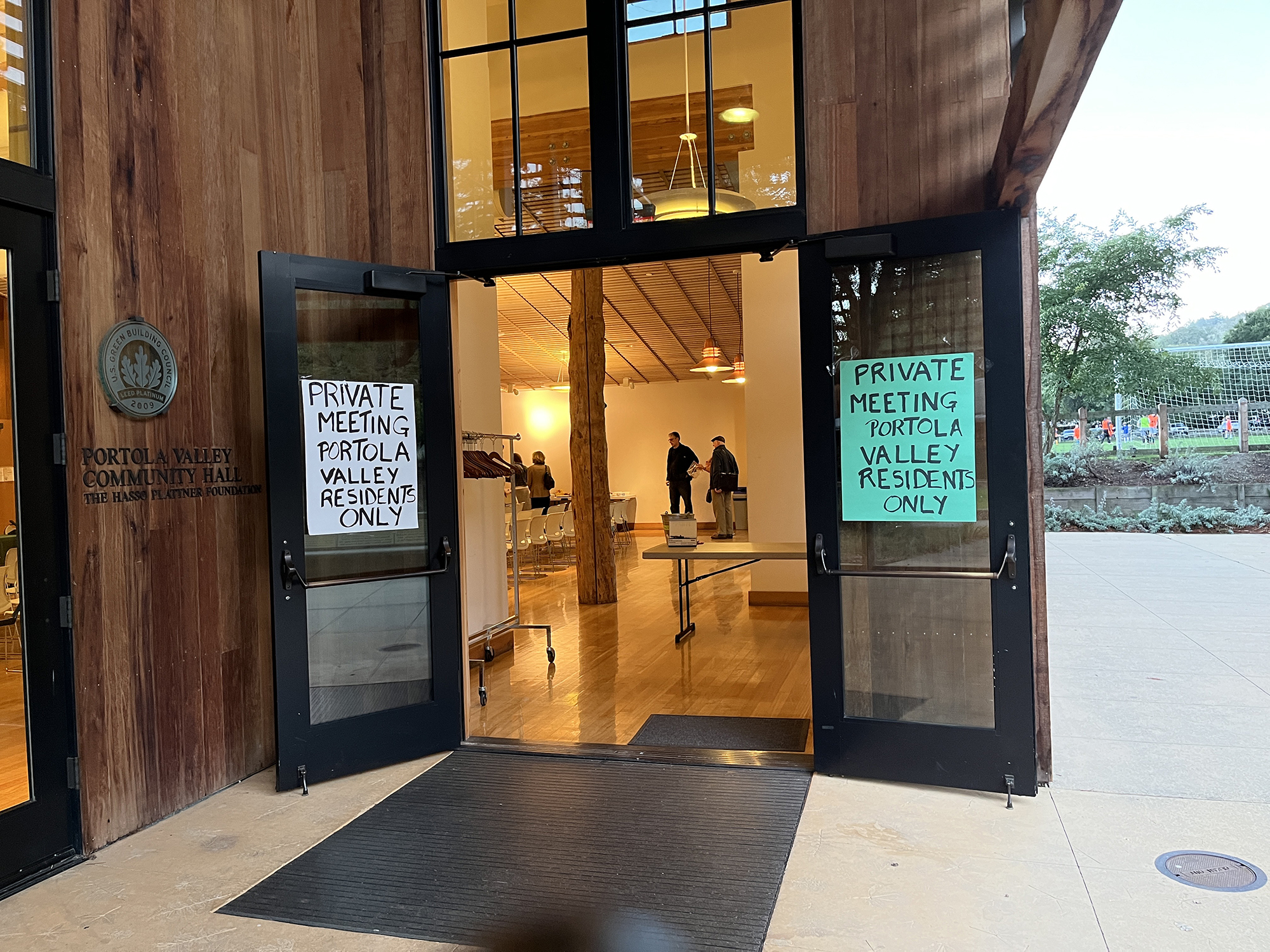 A candidate forum for the Portola Valley City Council race on Thursday night attempted to exclude journalists and all non-residents of the Portola Valley. This reporter came forward on behalf of The Almanac, with the support of some residents – including one of the event’s sponsors – to observe and report any news regarding the upcoming election for three council seats.

The Portola Valley Residents Nonprofit hosted the forum downtown at 6:45 p.m. on October 13. All five contestants attended the forum for a meet and greet with the public, followed by an open-mic Q&A moderated by resident Judith. Murphy. The event was described as a “private meeting”.

I waited at the door with my press card until I caught the attention of someone, who directed me to Neil Weintraut, an event organizer. I started asking if there was a way to attend the event in silence, but halfway through my question he grabbed me by the shoulder and started leading me towards the door. .

“You posted an article saying you knew it and you showed up anyway,” Weintraut said.

Once outside, I met a group of locals who were unhappy about the ban on the press from entering the forum. Two of those residents included Council member Maryann Derwin and resident JoAnn Loulan, executive director of the Democratic Messaging Project, who had both spoken out against excluding non-residents in the run-up to the forum.

Derwin and Loulan walked in to speak to two people at the door, who Derwin said were members of the Portola Valley Residents, before leading me to the forum.

“JoAnn Loulan and I heard nothing of (the press being banned) and argued with the people at the door, very awkwardly of me, and they gave in,” Derwin wrote in a statement that she published on The Almanac’s Town Square.

I sat between Loulan and Derwin in the front row, where Weintraut approached us. He repeatedly asked me if I knew I wasn’t allowed in and walked in anyway. Derwin and Loulan tried to tell him they brought me.

Weintraut attempted to get me to say that I had challenged him, to which I told him that others at the door had told me I could come in. He then demanded a front-page retraction of a factually incorrect “article”. He did not specify which article was allegedly inaccurate.

Weintraut allowed me to stay in the meeting. Residents asked about the electrical appliance obligation and the overdue municipal audit, among other topics, while I took notes.

“Looking back, I’m troubled that if JoAnn and I hadn’t wanted to fight for Cameron, the sponsors of the community event would have succeeded in banning the press in a shameful act of undermining democracy in the valley. of Portola,” Derwin wrote.

Compliance with the checklist of 67 “requirements” to avoid intervention