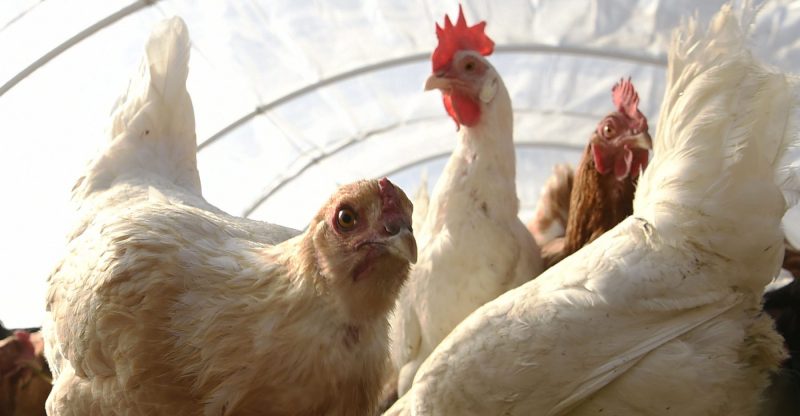 ROTTERDAM — On Wednesday, lawmakers will vote on a draft ordinance that would allow some city homeowners to keep up to six chickens in their backyards.

The proposed law is similar to legislation already in place in the neighboring towns of Niskayuna and Guilderland, and has elicited varying opinions from residents at two public hearings since its introduction last month. Chickens are currently banned in the city.

If approved, the law would allow people living in single-family homes with at least 9,000 square feet of land space to maintain six laying hens with the appropriate permit. Roosters would be banned and animals should only be kept for personal use, according to the proposal.

The law would require chickens to be kept in a “well-ventilated, predator-resistant structure” with a minimum of 4 square feet of space per animal with a coop of at least 10 square feet per bird. Fences would only be allowed in backyards and must be at least 25 feet from any property line, according to the proposed law.

Residents would also be required to maintain enclosures and ensure that animals do not roam beyond property lines.

The city’s codes department will be responsible for issuing permits to keep animals and making sure owners follow the letter of the law. Those found in violation could have their licenses revoked for two years.

On Wednesday, lawmakers will vote on whether to accept an environmental review that determined allowing the chickens “would not result in significant adverse environmental impacts” and approve the law.

Echoing concerns raised by residents, the city’s Planning Commission in September issued a negative option on the proposed ordinance. In a 4-3 decision, the commissioners determined that the animals were not appropriate for the city’s suburban setting.

But locals in favor of the ordinance pushed back, arguing that city code enforcement is more than capable of enforcing the law and that opponents are selling their neighbors short on the assumption that they wouldn’t maintain any chicken coops.

Backyard chickens have become a hot issue for local municipalities in recent years, with the towns of Guilderland and Niskayuna passing an ordinance to regulate the animals in recent years. Scotia also allows chickens, as long as they are located within 300 feet of any residence.

Elsewhere, the town of Glenville and the city of Amsterdam still ban animals, and the idea of ​​allowing chickens has been floated in Schenectady in recent years, although no law has been passed.

Boulder voters will decide the next election years for city council