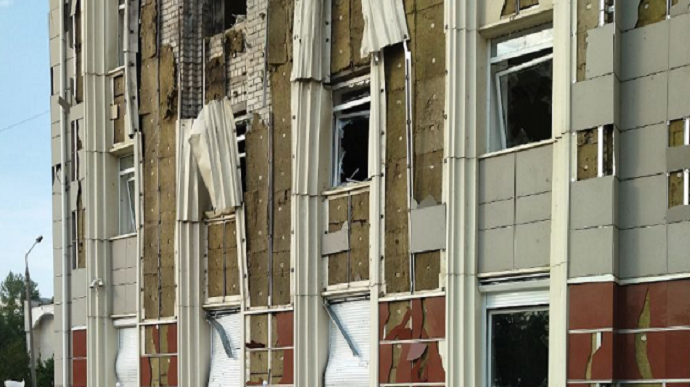 Yevhen Yevtushenko, head of the Nikopol district military administration, reported that Russian forces are attacking Enerhodar; the building of the municipal council of Enerhodar was damaged.

Quote from Yevtushenko: “On the opposite shore [of the Dnipro River], the Russian army bombs Enerhodar. The purpose of this action is to create an appropriate image for the IAEA commission and to form a pool of local residents who, under media cameras, inform the commission of the attack on the town on our side of the reservoir. “

Details: Dmytro Orlov, mayor of Enerhodar, posted a photo of the city council building with shattered windows and a damaged facade, but did not specify what exactly happened.

Local Telegram channels report that the administration building was hit by a drone.

Background: On August 31, the IAEA mission left Kyiv for the Zaporizhzhia nuclear power plant; the function of the civil servants is to assess the situation and form a permanent mission at the plant. The occupation authorities said they would give them one day to do the job.

Journalists are fighting on their own front line. Become our patron, support our work!