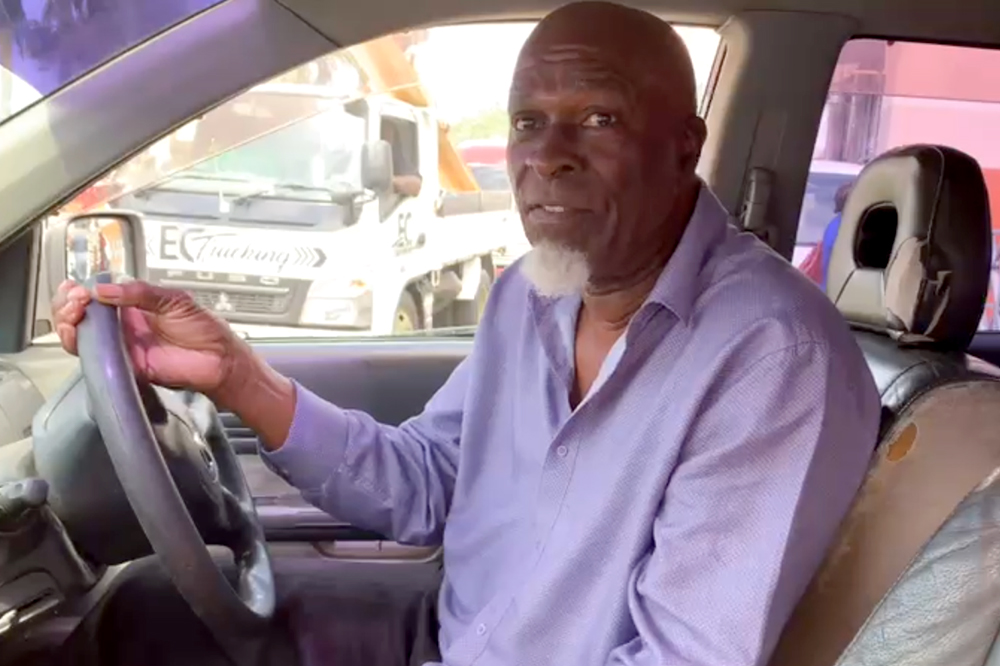 Kingstown City Council manager Clayton Burgin said vendors at the Kingstown Vegetable Market felt that because Senator Julian Francis was “indisposed” nothing would happen in terms of cleaning up the town.

And many owe the operation thousands of dollars in unpaid fees.
Burgin, a former health minister made the comment on Monday October 24 while speaking on Star FM.

On Monday, sellers expressed their anger over the treatment of their stock during the city council‘s market clean-up which took place on Sunday, October 23.

They allege that during the cleanup some of their items were removed or destroyed, and they seek justice and redress.

“I have to follow the instructions that my minister gave us,” Burgin said Wednesday.

Senator Francis, who is Minister of Local Government, suffered a stroke last July and is still recovering.

Earlier this year, Francis said the Kingstown cleanup would be delivered by Christmas this year.

He had also revealed plans to remove vendors from city streets and place them in alternative sheltered locations already prepared.

The senator, who is also Minister for Urban Development, had promised that the Kingstown cleanup would begin after the Vincy Mas celebration this year, but before that he would meet with vendors in batches.

Burgin said he was subjected to abuse and obscenity last Friday, October 21, when he and other city council officials took a stroll through the market.

He recalled that a salesman had even threatened to cause a riot.

The former minister denied claims by vendors that they had no prior knowledge of the market clearing on Sunday.

“We in this government don’t do anything without even letting everyone know.

“At the municipal council, whenever there is something to do, we inform all our customers who would be affected,” said the prefect.

“It’s not something new,” Burgin insisted.

He said last Sunday they did a general clean up of the market and people were told more than a week in advance.

“Leaflets were distributed and people were told what to do.”

Burgin said city council officials said they faced resistance “from some people who don’t want to follow the rules and regulations.”

And, on Friday, when they circled the market, that resistance was still very strong.

Burgin described the behavior of some sellers on Friday as “disruptive” and “unreasonable.”

He said, “some people decided not to move their stuff.”

Apart from being very unsightly, the KTB manager said that the market stores were used only for storage, for people selling on the street.

Market vendors are charged $2.50 per day.

However, Burgin said there were sellers who owed five and six thousand dollars in fees.

“We had to do what we had to do,” Burgin stressed, repeating that sellers had to pull their stuff.

Burgin said wryly that whenever the market isn’t cleaned up, vendors get “angry and loud” with city council officials.”

Street vendors will also be removed, as the Kingstown cleanup continues.

According to Burgin, there are spaces for 282 vendors at the customs building opposite the CK Greaves supermarket and at the old meat market in Kingstown.

The relocation of these street vendors is expected to begin at the end of this month.