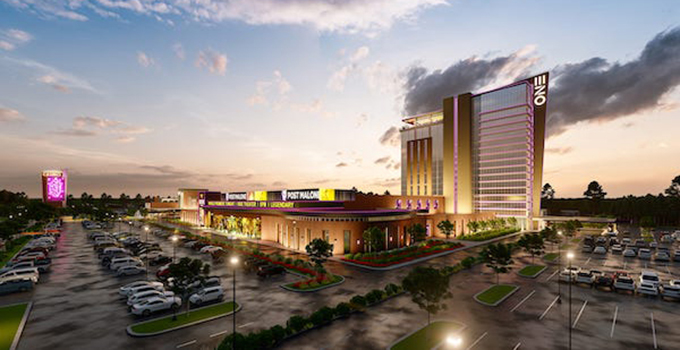 Urban One’s proposed casino and resort on land owned by Philip Morris just off Interstate 95 will be put to a second vote by residents after the defeat of the first referendum. (BizSense File)

Richmond City Council is meeting Monday beginning with a 1 p.m. working session on the next fiscal year’s budget, followed by an informal meeting at 4 p.m. that includes an outline of recommendations for a civilian police review board and an update on the city’s voter redistribution process.

Business on the agenda for the regular 6 p.m. meeting includes a proposal to increase the city’s exemption threshold for business, professional, and professional license taxes. The adjustment would raise the annual income threshold from $100,000 to $250,000.

Also on the consent agenda, usually passed without discussion, is a resolution supporting a 2-cent reduction in the city’s property tax rate if a second referendum on the One Casino + Resort project passes.

Other items include a special use request for a pair of three-story duplexes that local investor Mark Telfian is planning for a vacant lot at 1505-1507 W. Cary St. The five-story apartments that developer David Gammino is planning at 208-212 E. Leigh St. are postponed to March 14.

Business on the regular agenda includes a long-delayed technology zone program aimed at fostering the development and establishment of technology companies in the city. Also on the agenda is a request from a majority of council members to make changes to the Richmond 300 master plan.

The City of Richmond has extended the application deadline for its Triple A business relief program until today. Companies interested in participating can complete the program application here.

Program time slots are limited and participants will be selected by a selection committee. Businesses are no longer required to be registered with the Office of Minority Business Development to be eligible for the scheme. More information about the program is available on the city’s website.

Comments requested on the regional cycling and pedestrian plan

Meeting Thursday on the ‘Reconnecting Jackson Ward’ project
The public is invited to attend three meetings scheduled to discuss a feasibility study to improve access between the north and south sections of the Jackson neighborhood.

Called the “Reconnect Jackson Ward Feasibility Study,” the six-month effort began in January and will assess and recommend options for reconnecting the historically black neighborhood that was cut in half during freeway construction in the 1950s.

The first of three meetings is scheduled for Thursday, March 3, from 6 p.m. to 8 p.m., at the Black History Museum and Cultural Center. Masks will be mandatory. The meetings are hosted by the study organizers: the City of Richmond Office of Equitable Development, the Virginia Office of Intermodal Planning and Investment, and the Virginia Department of Transportation.

Thursday’s meeting will feature interactive stations in an open house format and aims to educate participants about the study, engage on what Jackson Ward’s “reconnection” means to them, and solicit feedback on the design elements, points of interest and places of reconnection.

Further information is available on the project website, where meeting documents and a survey will be posted.

Henrico County is considering providing a one-time credit to homeowners on their property taxes. The credit and a proposed 2-cent reduction in the property tax rate are intended to help taxpayers manage the impacts of rising home values ​​and rising assessments, as home prices in some areas of the county have jumped from 30 to 50%.

An order for the proposals was presented at last week’s supervisory board meeting, and a public hearing and potential vote on the tax credit is scheduled for February 22. If approved, homeowners would receive an amount equal to 2 cents per $100 of their property’s assessed value for 2022.

The 2-cent tax rate reduction will be considered when council adopts a budget for the 2022-23 fiscal year. The recommended budget, which will be presented to supervisors in March, is proposed to be balanced on a property tax rate of 85 cents, down from the current rate of 87 cents.

Chesterfield County plans to hold several community meetings next month after a presentation on the proposed budget for fiscal year 2023 on March 9.

County Administrator Joe Casey is expected to present his proposed FY23 budget to the Board of Supervisors during a noon business session on March 9, according to a county news release.

The five council members are expected to hold community meetings for their districts to allow their constituents to learn about the proposal and provide feedback. Here is the meeting schedule, all of which will take place from 6:30 p.m. to 8 p.m. in the public meeting room at 10001 Iron Bridge Road:

The meetings will be held in person and will be broadcast on social media and the county’s television channel on Comcast Channel 98, Verizon Channel 28.

Hanover County Administrator John Budesky has proposed a 5% merit increase for employees, among other measures to make the county more competitive in hiring under a proposed $615 million budget. of dollars.

Other wage-related elements of the proposed budget include the implementation of a $15-per-hour minimum wage and market-based wage adjustments. The school board also included a 5% increase for school division employees in its budget proposal.

The recommendations come in response to fewer job applications in the county, the county’s low unemployment rate and high turnover, among other factors, Budesky told the board during its Feb. 16 presentation.

No county tax rate changes are included in the proposed budget.

Budesky also proposed that the county allocate $122 million in cash and debt to cover the construction of three replacement elementary schools and renovations to Beaverdam Elementary School over the next five years.

County-side projects during the proposed five-year capital plan include a new fire station in the Laurel Meadow area and $25 million in county facility renovations. The plan would also include $112.8 million for road improvements.

A public hearing on the budget and tax rates is scheduled for April 6. The budget must be adopted on April 13. More information on the county’s proposed budget can be found here.

Ashland under contract to buy land for new park

Ashland City Council this month approved the acquisition of approximately 7 acres for a new park. The three parcels that make up the acreage are on West Vaughan Road, just north of Randolph-Macon College.

The deal is expected to close at a total cost of $658,000 in June. There are no immediate plans or funding for development of the property, the city said in a statement.

Ashland has made it a goal to have every residential lot in the city within a 10-minute walk of a park.

“While there is already a small park and trail in the area, the city has been actively seeking opportunities for some time to develop a larger public park in North Ashland,” the deputy city manager said. , Matt Reynal, in the ad. 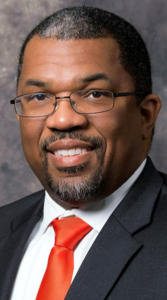 John Neal took over as head of the Chesterfield County Department of General Services last week.

Neal previously served as director of general services for Henrico County, a title he held for eight years, according to a release from Chesterfield.

Neal, a graduate of Virginia Tech, joined Henrico as assistant general services manager in 2012, then became manager just over a year later. Previously, he was responsible for capital projects for Richmond and held various management positions at VDOT, according to Chesterfield’s statement.

The Chesterfield Board of Supervisors voted last week to allow Doug Sowers to build a private airstrip on a 232-acre property at 1401 County Line Road.