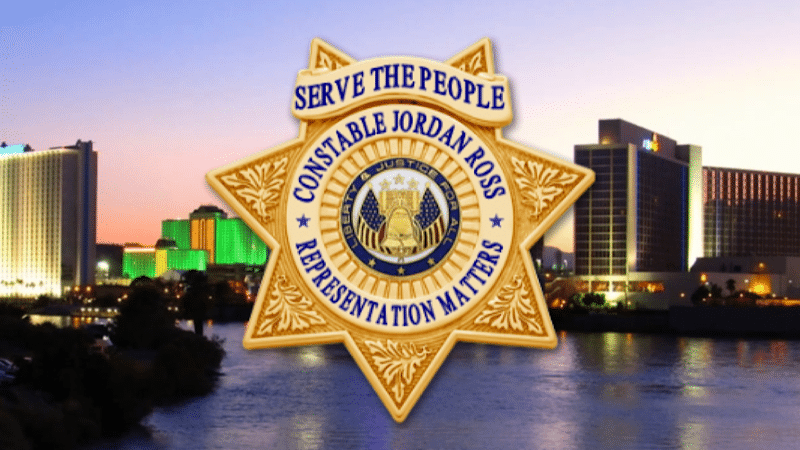 The first public endorsements in the upcoming Constable election in Laughlin have been announced. They include the entire Laughlin Town Advisory Council, which each individually endorsed outgoing Laughlin Constable Jordan Ross. Ross said, “It’s hard to really find the words to express my gratitude. They are some of the most important people in this city, not because they are rich and powerful, but because they are the ones who have worked tirelessly for years to make this a better community. Having their trust is quite humbling. I won’t let them down”

Current City Council members are President Kathy Ochs, a well-known successful business owner who has served many terms over the past decades and has a deep institutional memory of Laughlin, Vice President Pamela Walker, Commandant of American Legion Post 60 who worked to rebuild and modernize the post’s business affairs and expedite support for the veteran community, Kathleen Hoss, who has held numerous positions with various community and civic groups and is currently Secretary of the Laughlin Elks and Past President of the American Legion Auxiliary, Fred Doten, former Commandant of the American Legion and often referred to as Laughlin’s unofficial City Engineer, bringing his many years of military engineering expertise and civilian to matters involving public works, and Herm Walker, former general counsel of the Riverside Resort, one of the few a Laughlin’s attorneys to bring to the board a half-century of legal experience.

Additional mentions for Ross came from Pastor Doug Westly, who opens every board meeting with an invocation, and Roger Reimer, a life member of the American Legion and Veterans of Foreign Wars who has held many positions within of both organizations over the years.

This is brought to you by