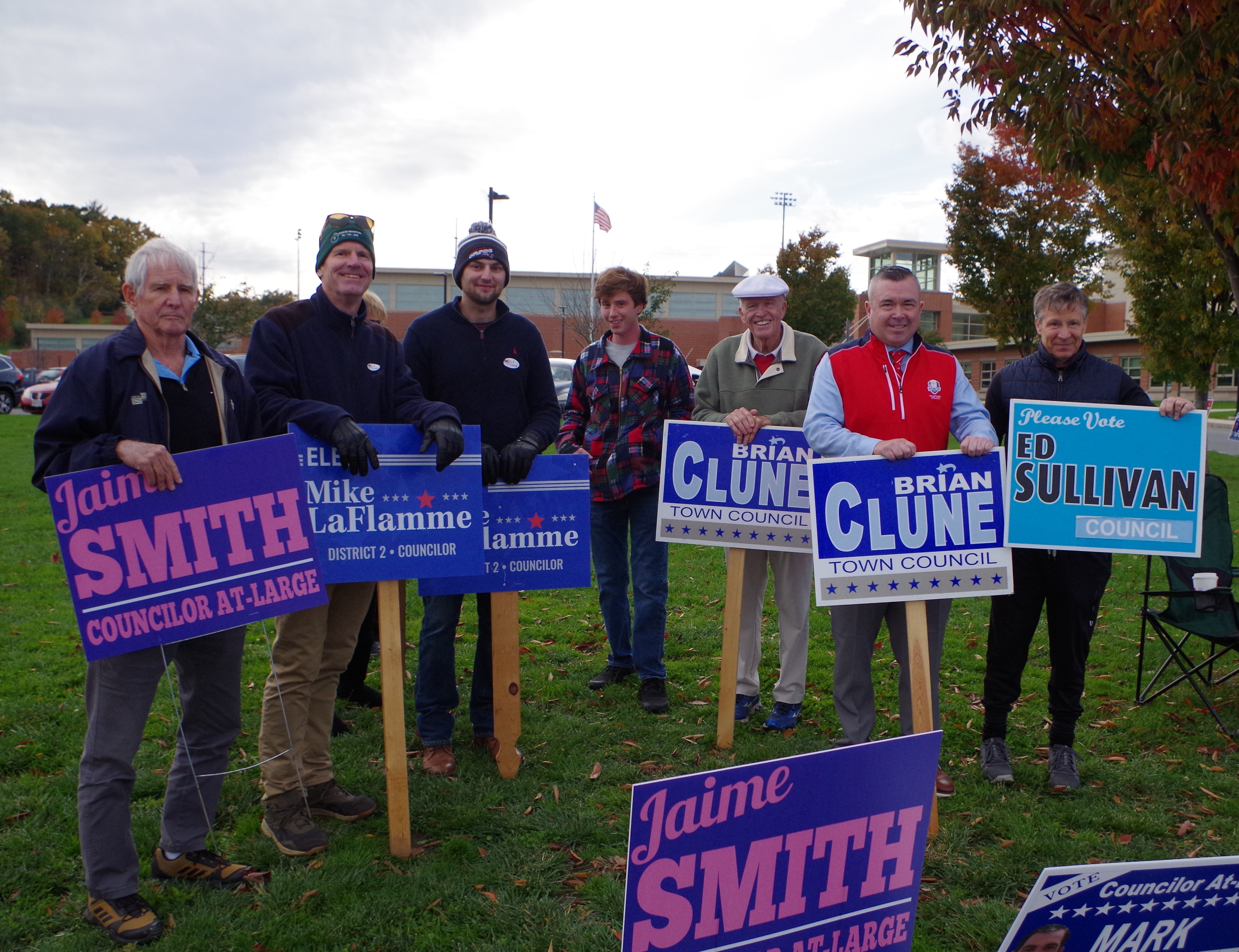 The same names at the head of the municipal council poll; Smith takes the 5th seat

Candidates for district representative seats on city council were also not opposed, but voters decided on a race to seven for five general council seats, dismissing all four incumbents and electing Jaime Smith to the fifth open seat. Smith will be the only woman on the board, which has had only men for four years.

For the second election in a row, Councilor Edward Sullivan was the top voter among the unelected candidates, with 2,226 votes. The other incumbents occupied the following three places: Brian Clune (2,197 votes), Sean Powers (1,969) and Brian Griffin (1,958). Smith received 1,908 votes. Challengers Mark Follett (1,255) and Kenneth Ritucci (1,153) were not elected.

Sullivan, who was previously the city’s mayor, said he believed the competition for general councilor was fierce this year.

â€œAlthough I have enjoyed the spotlight at the top before, I have to admit that this time around I was nervous about becoming one of the five councilors elected in general,â€ he said. â€œWhatever the results, I want to commend everyone for their efforts. Their efforts were the catalyst for me to work harder.

He said he believes voters chose to re-elect incumbents because they are “happy” with their jobs. In his next term, Sullivan’s priority will be helping run the community and making West Springfield “the envy of the region.”

â€œI am delighted to be able to represent West Springfield and not only to work with everyone at the local level, but I also look forward to working with our elected officials at the state and federal levels,â€ said Sullivan.

Griffin, the current chairman of the board, agreed with Sullivan that the race had several strong candidates.

â€œSome outstanding candidates were on the ballot, and I’m happy to be a part of it all for my ninth term,â€ he said.

He said he believed voters re-elected him to continue ongoing public works: “30 miles on the road [repaving], with the redesign and repaving of Fausey School, the repaving of Tatham School, Memorial Avenue Bridge to Bridge is something we have to see through.

He said his constituents “will continue to get every ounce of energy I have to continue to make the Terrier Nation a great place to live, learn and thrive.”

Powers expressed his enthusiasm for another term.

â€œI have worked on different ways to build awareness with voters and look forward to implementing this in the coming months,â€ he said. “Thanks for the support and the trust.”

During the new term, Powers said he would strive to keep voters satisfied with his work and look forward to capitalizing on the growth of the city’s small businesses and working with the mayor on an entertainment district in the city. downtown.

Smith was the only woman to run for city councilor this year and will be the first woman on council since 2017, when Councilor Bridget Fiala chose not to run and Councilor Jill Fortier-Withee narrowly lost a candidacy for re-election. . She will fill the vacant seat left vacant by Councilor George Kelly, who failed to stand for re-election this year.

â€œI wasn’t surprised where I ended up with regard to the incumbents because they’ve all done a great job for West Springfield so far, and voters know it,â€ Smith said. “As for the fifth seat, it was up for grabs and I had to work hard to speak to the voters to let them know what my visions were and to gain their trust.”

She said she appreciates the trust voters have placed in her and will do her best.

â€œI would like to sincerely thank my family and my committee. Their support meant everything to me, and I was so happy that they could all be there with me when the results started to arrive, â€said Smith.

Ritucci said he was disappointed with his last place.

â€œI started my campaign in May, so I thought I achieved more than I had,â€ he said. â€œIt was unfortunate. â€¦ I’m sure there are things I could have done better, but I would need some time to digest them.

He thanked his supporters and called the race a â€œgreat learning experienceâ€. He said it is too early to say whether he will run for office again, but he plans to remain active in the Chamber of Commerce and other civic organizations.

Clune and Follett were unavailable for comment in time for The Reminder’s press deadline.

The general councilors will join four district councilors from the nine-member West Springfield City Council. In the four constituencies, one candidate ran without opposition. Outgoing Michael Eger (District 1, consisting of Constituencies 1 and 2), Anthony DiStefano (District 3, Constituency 5 and 6) and Daniel O’Brien (District 4, Constituency 7 and 8) were re-elected without opposition. In District 2 (Pregnant 3 and 4), Michael LaFlamme was the only candidate for an open seat, with incumbent President Nathan Bech not running for re-election.