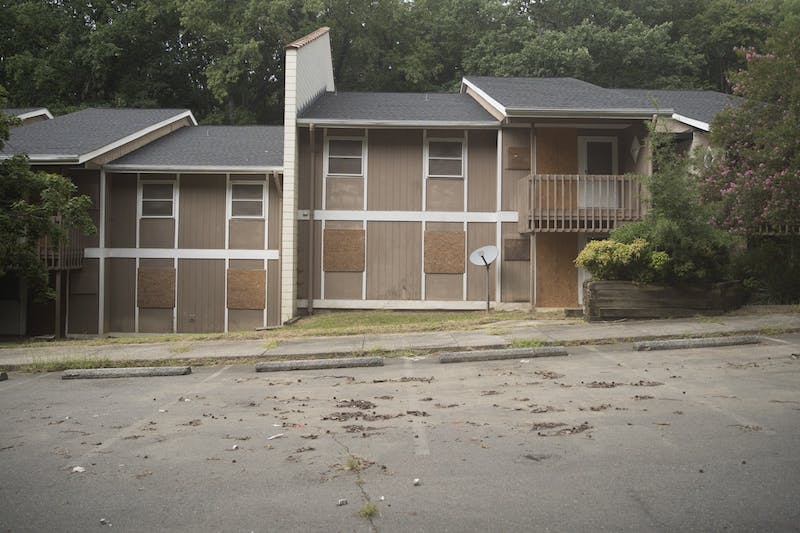 The project would cost $9.3 million.

A second proposed affordable housing complex on Jay Street would produce 48 residential units. Members of the public raised concerns at the meeting about the width of the road and pedestrian safety in the Jay Street area, citing a Chapel Hill traffic study which determined the development would bring more cars in the surrounding streets.

The study found that if the Jay Street apartments were built, there would be 254 more vehicle movements on the adjacent streets each day.

“I expect the increased traffic from apartments on Jay Street to have a profound effect on the ability of people who live on these streets in Village West to be able to get out onto Village Drive to get anywhere,” a resident said. of long standing from nearby Village West. in the meeting.

Chapel Hill City Council member Adam Searing said he was also concerned about the development of Jay Street and said it should continue to be used as green space. Searing was the only vote against the Jay Street development.

“I’ve looked at both of these projects and thought about them for quite a while, and I really support Trinity Court moving forward…but the Jay Street project I have some pretty serious questions about,” Searing said during the meeting. . “I started out supporting this project, and as I learn about it, I think we’re really making a mistake.”

The council approved both resolutions and provided site control to site developers, allowing them to apply for tax credit programs that would help the cost of projects.

A third development, the South Creek mixed-use project, would bring about 650 homes to an area of ​​South Chapel Hill across US Highway 15-501 from Southern Village – existing residential and commercial space. Currently, the location does not include affordable housing.

The developer’s representative produced a concept plan which the board reviewed at Wednesday’s meeting.

The currently undeveloped South Creek lot, which is approximately 120 acres, would include 40 acres of residential space, offices, commercial buildings and necessary parking. The remaining 80 acres would be used as a nature reserve.

Rebecca Vidra is a lecturer at Duke University’s Nicholas School for the Environment and lives near the South Creek lot. She expressed concern about the property’s steep slope near Wilson Creek that runs through the middle of the South Creek mixed-use lot.

“What happens when you build on these slopes is that you cause an incredible amount of runoff,” Vidra said. “Once development is complete, there will continue to be runoff, so you have increased water and increased pollution. All contaminants from roofs, driveways and roads will rush, cascading down Wilson Creek.

Vidra also said that with increased storms due to climate change, the proposed nature reserve that contains Wilson Creek would not help with flood control.

“Our goal is to hit that missing middle that you’ve all talked about and identified in a few different studies here recently,” Bowman said.

Council member Jessica Anderson said the distinction between housing types and income levels is important. The City should prioritize the latter when considering housing developments.

“Speaking with our housing and our community and pursuing that middle income will be really important and very necessary,” Anderson said at the meeting.

Josephs ‘unreservedly’ apologizes for evening at the Cabinet Office