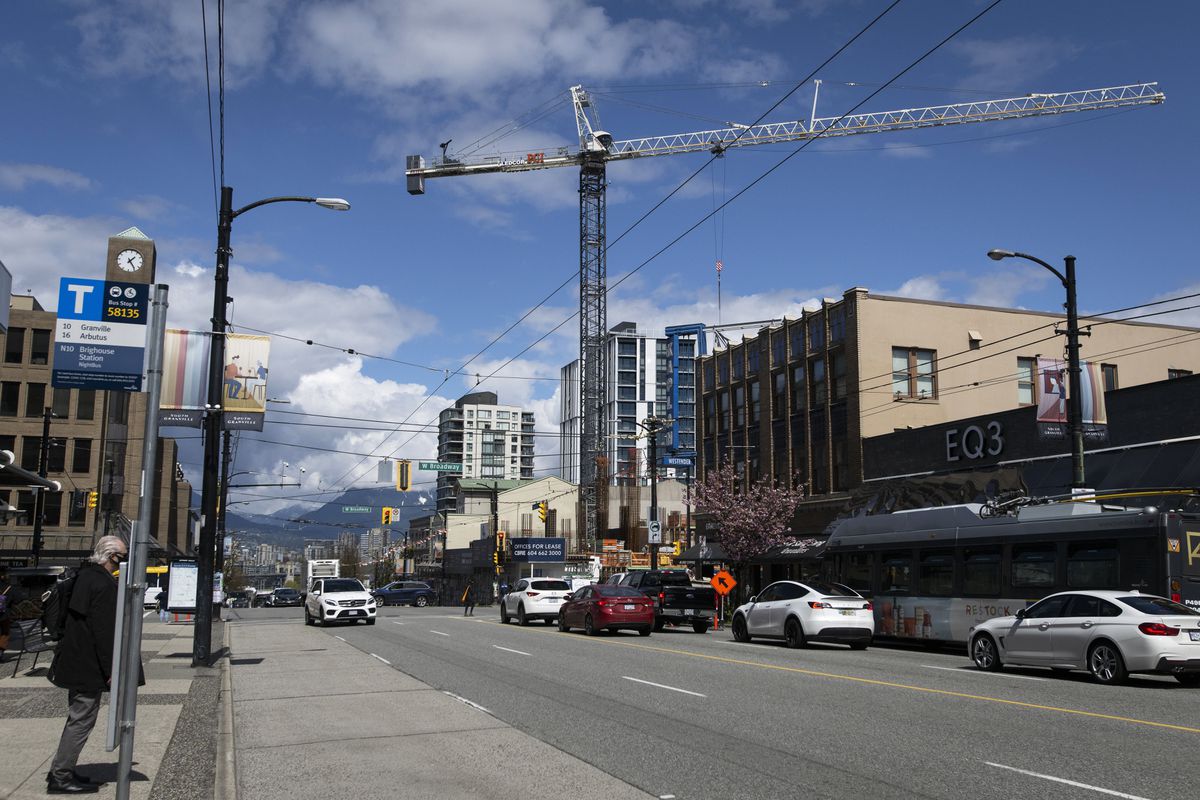 Over the past 30 years, Vancouver has added enough people to its downtown peninsula to fill a city the size of Prince George or Port Coquitlam.

About 69,000 new residents moved into the towers and occasional townhouses that sprouted everywhere after the city aggressively promoted a downtown living strategy, more than doubling the area’s population in 1991. which was about 48,000 inhabitants.

This kind of transformation is about to hit Vancouver again – only bigger and deeper – as city council prepares to approve sweeping plans that will reshape many parts of the city over the next 30 years.

“It feels like a time of generational change,” said Gordon Price, a former city councilor who was often the political advocate for 1990s plans and continues to analyze city planning. “It’s building for a new generation in a new way.”

And it will be even more of an adjustment for Vancouverites than previous remakes, Price said, because plans won’t limit new developments to former industrial land or relatively empty pockets, as has been the case in the past.

At the time, he said, development was kept away from the 80% of the city’s land set aside for single-family homes (with the exception, in recent years, of a few small forays such as apartments in the basement or houses on the alley). In a “big market” that has operated politically for many years, any new density has been piled into the developments of the remaining 20%.

“We’re going to get away from the big market and see the transformation of the legacy city,” Mr. Price said.

The promise of such a big change provokes fierce debate. Many young people who feel left out of everything but seedy basement suites and overpriced studio apartments favor anything that seems to make more room for them. They were joined by representatives from nonprofit housing, YIMBY advocates, and organizations ranging from VGH and UBC Hospital Foundation to the local Francophone association and business owners.

But the many plans for the city’s future have also generated an outpouring of discomfort, anxiety and outright opposition, including former premier and mayor of Vancouver Mike Harcourt, former city planners and various groups of residents from the east and west sides of the city.

A new civic party, TEAM for a Livable Vancouver, is focusing almost entirely on the issue, raising questions about how much new housing is really needed and what form it should take.

The city’s chief planner agrees that the changes on the horizon are indeed radical change – necessary change.

“It’s clearly a generational change. This kind of change started when we became one of the most unaffordable cities, after the Olympics,” said Theresa O’Donnell.

The Broadway plan, currently being debated in council with a decision likely next week, envisions adding 50,000 new residents and offices to nearly 500 already dense blocks surrounding the central Broadway corridor, where a subway line enters.

Vancouver’s plan, which is due to be voted on some time before the October 15 municipal elections, goes even further, proposing a miniature downtown around the Oakridge shopping center and denser forms of housing in the many shopping streets of the city, but also a relabeling of residential areas as “multiplex” areas. It predicts a population increase of 260,000 – about 70,000 more than the city saw between 1991 and 2021 – with up to 210,000 new jobs.

This is all on top of planned megaprojects in various parts of the city, from Indigenous-led developments in Jericho Lands, Heather Lands, UBC and Senakw out west to BC Housing’s remake of Skeena Terrace and a real-life redevelopment by the real estate investment trust of the Safeway site in Broadway and Commercial in the east.

If the Vancouver Plan is adopted as proposed, it could produce the kind of neighborhoods often seen in the core areas of older North American cities – a mix of single-detached homes, townhouses, duplexes, triplexes, maybe sixplexes and small apartment buildings.

All of this represents a profound and, for some, uncomfortable change in Vancouver.

The 1920s streetcar lines created a property boom and the city grew rapidly, but this created little backlash as everything was on empty land.

Vancouver’s post-war city councils, with city manager Gerald Sutton-Brown at the helm, opened the doors to the redevelopment of the West End, transforming it from a neighborhood of old mansions converted into rooming houses into a mix of towers and low-rise apartments. . A few taller towers in other areas – West Point Grey, Kitsilano, Langara – were also permitted during this time.

The 1970s saw the new TEAM council, backed by militant neighborhood groups, ban taller apartment buildings in residential neighborhoods, which was widely approved by voters at the time, if not tenants. At the same time, the council introduced the new concept of industrial land redevelopment for denser town center living at South False Creek – again, land with no one on or near it who could complain.

And the post-Expo 1990s spawned the modern downtown peninsula filled with condos, with a few megaprojects elsewhere, as well as new options for four-story apartments on commercial streets.

The ideas for the Broadway plan and the Vancouver plan are coming together now because all the simplest options have been used, said Dan Garrison, the city’s senior housing planner.

He and his colleagues see it as both a practical and fairer decision than those of the past.

“Before, much of the growth happened in areas where low- and middle-income people live,” Garrison said.

“You can’t let these neighborhoods empty. It’s too much of our land base,” Ms O’Donnell said.

We have a weekly Western Canada newsletter written by our British Columbia and Alberta bureau chiefs, providing a comprehensive package of news you need to know about the region and its place in the issues facing Canada confronted. register today.