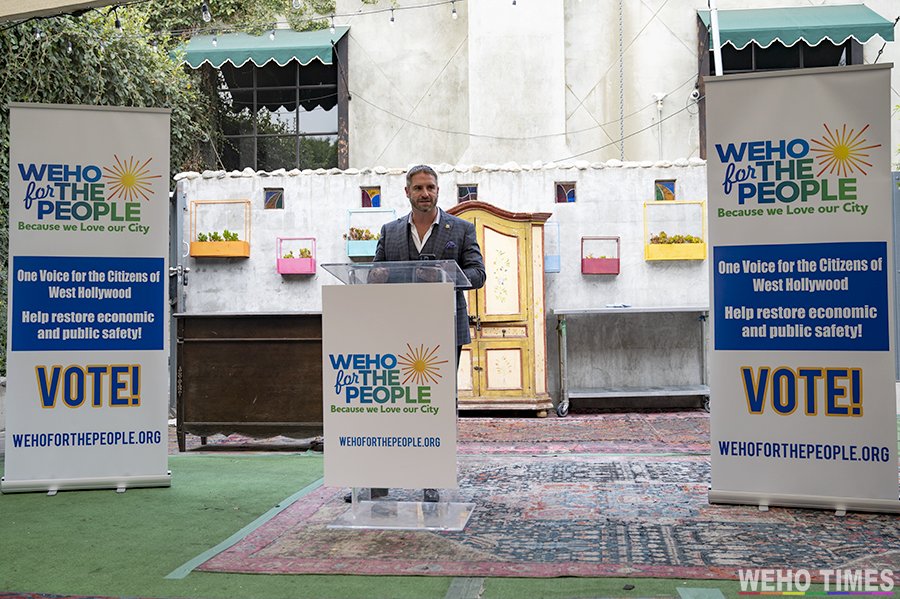 In a new series of videos produced by WEHO for the People, residents and business owners of West Hollywood share stories and concerns about their city council, discussing how they feel they have abandoned their community. and implemented policies that now threaten their public safety and economic survival.

“The stories shared are very powerful and reflect how a large majority of people feel about our great city,” said Keith Kaplan, president of WEHO for the People, a coalition concerned about the council’s devastating anti-community policies. . the city. “We’re going to do everything we can to showcase these stories and push for change to help bring public safety and economic security back to West Hollywood.”

“I have no desire to live in a city where fear is the number one emotion,” said Tim Jahnke, who lives and works in the city’s entertainment industry. It thrives on the diversity, artistic community and music industry that have also flourished in West Hollywood. He feels connected because his friends live and work in the city’s entertainment industry. “But now people are being mugged in broad daylight and facing no consequences. A man ran out of a store with an arm full of groceries, a security guy was running after him, and the manager was running and yelling to let the guy go. Criminals are too brazen. People will leave our town. I can leave too.

Yola Dore feels like the city has abandoned her. She is a champion of civil rights, human rights and women’s rights. She made sure the people of West Hollywood got those rights when she helped build the city years ago. “As a senior and a person with a disability, the City now treats seniors and persons with disabilities as an afterthought. The City imposes higher labor costs on businesses, forcing seniors, unable to leave the City, to pay more to purchase their goods and services when they are already struggling to survive on their fixed income limit.

WEHO for the People describes itself as a broad coalition of citizens, neighborhood groups, businesses and other interested parties who share a vision of West Hollywood as a vibrant and creative urban village with a strong sense of community and of acceptance. At the same time, they say they are concerned about what they claim are aggressive, anti-community policies that are devastating West Hollywood (WEHO), led by the SHE (Shyne, Horvath, Erickson) coalition which they say continually ignores and fails . their constituents while supporting special interest groups that promise to support their future political endeavors.

To see more stories from WeHo for the People, visit: https://www.wehoforthepeople.org/testimonials.