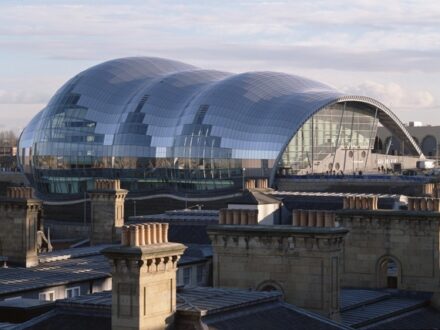 The North of Tyne CA could be scrapped and replaced by a combined mayoral authority covering a wider area of ​​the northeast, LGC has been told.

North East CA leaders have been offered £230million in transport infrastructure funding if they agree to meet under a new Metro Mayor, reviving plans for a North East devolution deal Is that collapsed in 2016.

The Government’s leveling white paper, published this afternoon, announced plans for an “expanded Combined Authority of Mayors agreement for the North East” alongside further negotiations on county agreements for nine regions, including County Durham.

The North of Tyne CA, led by Mayor Jamie Driscoll (Lab) covers Northumberland CC, North of Tyne Council and Newcastle City Council. It was formed after the other four members of North East CA – Gateshead MBC,

Sunderland City Council, South Tyneside Council and Durham CC voted against reaching a mayoral deal with the government in 2016.

Martin Gannon (Lab), the leader of Gateshead Council, told LGC that if agreed, the new combined North East authority would include the councils which form the current North of Tyne CA alongside Sunderland Council, of Gateshead and South Tyneside Council.

County Durham could also potentially join the combined authority; however, it is currently in talks with the government over a possible county agreement, the details of which were unveiled in the government’s Leveling Up white paper.

Cllr Gannon said the funding would go towards improving transport infrastructure in the area and would be spread over five years.

“It would be a completely new authority and would include either six or seven authorities,” Cllr Gannon told LGC.

He told LGC that councils in the North East have been told by the government that their access to funds is dependent on their “ability to agree a combined authority of the mayor for the area”.

However, Cllr Gannon criticized the government’s lack of clarity on its upgrade plans, telling LGC that although the expansion was announced in the white paper, councils in the North East are still unclear on the details.

“The North East of England needs more than sweet nothings,” he said.

Durham leader Amanda Hopgood (Lib Dem) told LGC the county is focused on securing a county deal. While the county is currently awaiting further details on what this might entail, Cllr Hopgood was adamant that the council did not want a directly elected mayor.

“We don’t believe in setting up bureaucracy for fun,” said Cllr Hopgood, “We don’t really see any benefit in [an elected mayor], other than unnecessary expenses. This money could be spent on service delivery rather than administration.

She told LGC that due to Durham’s unique geography, she is well placed to work with local authorities in Tees Valley and Tyneside. “We sit right in the middle of Teeside and Tyneside, and people in County Durham look both ways,” she said, “but we are not a metropolitan area. 75% of the department is rural. So we have very different needs and requirements in the future.